Technology   In Other news  17 Aug 2018  Early scores exhibit poor results for Snapdragon 850 on Windows 10 laptops
Technology, In Other news

Benchmark scores have hinted towards not major gains over the Snapdragon 835-powered laptops. 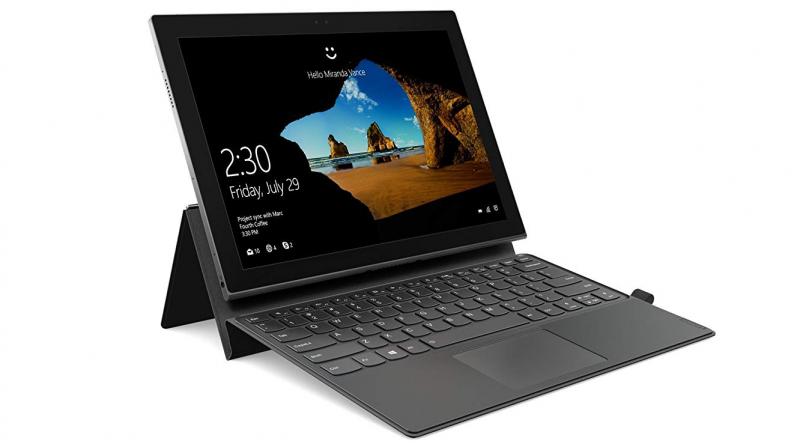 The Snapdragon 850’s foundations are based on the Snapdragon 845, which Qualcomm’s latest chip for mobile devices. (Representative Image: Lenovo Miix 630 on Snapdragon 835 with Windows 10)

Last year, Qualcomm and Microsoft joined hands to make mobile computing more easy-to-live-with. Hence, their new range of ARM-based chip-powered Windows 10 laptops was announced and first few commercial models utilised the Snapdragon 835 chipset. The laptops bogged down when it came to PC-class performance, which led Qualcomm to announce the Snapdragon 850 chip designed specifically for mobile computing needs. However, it seems that the solution to the issue also comes with its own problems.

A bunch of benchmark listings suggest that the Snapdragon 850 is not able to yield the improvement promised by Qualcomm earlier this year. A Lenovo laptop emerged on GeekBench with the Snapdragon 850 chipset running on Windows 10, which eventually managed to grab scores of around 2263 for single-core and a multi-core score of 6947. The numbers appear to be slightly higher than one of ASUS’ SD 835-powered laptops with respective scores of 1802 and 6475.

During the unveiling, Qualcomm claimed that the SD 850 will be able to achieve performance gains of up to 30 per cent in terms of raw single and multi-core performance. However, the leaked figures translate roughly into a gain of 23 per cent and 7.3 per cent respectively, which is way lower than what was promised. This is surprising considering the Snapdragon 850’s foundations are based on the Snapdragon 845, which Qualcomm’s latest chip for mobile devices.

Therefore, the future of Qualcomm’s dreams of ARM-based Windows PCs is looking bleak, considering the performance gains aren’t as advertised. However, we can still hope for improvements as the benchmark scores could have been achieved on a prototype device with an early test build of Windows 10.