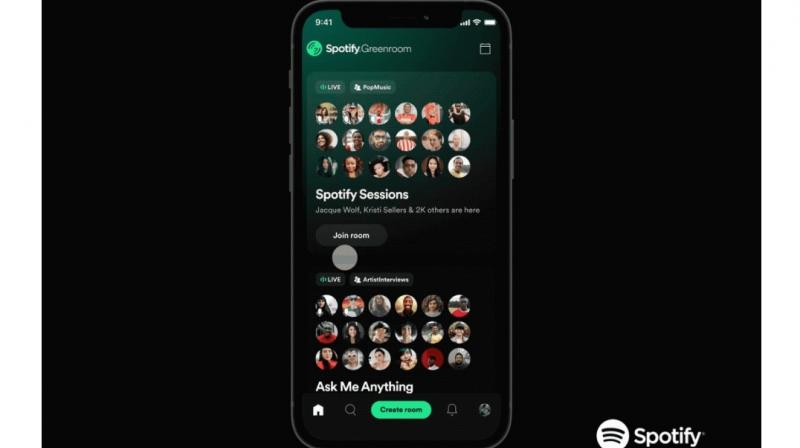 The new app is similar to one of the trending social media application, Clubhouse, which allows users to engage in audio-based discussions and conversations.

According to TechCrunch, Spotify Greenroom, too, enables people to join or host live audio rooms, and optionally turn those conversations into podcasts.

Also, the Greenroom app is based on the existing Locker Room that the company acquired earlier this year. So, current Locker Room users will see their application update to have the rebranded and redesigned Greenroom experience.

For the unversed, Locker Room is the sports-focused audio live audio app designed primarily for conversations about sports. And now with Greenroom, Spotify plans to add other categories such as music, culture, and entertainment.

" We're making Spotify Greenroom available for the first time in its new form, available on iOS and Android in over 135 markets around the world," announced Spotify in a blog post.

For accessing the new application, Spotify users have to sign in with their current Spotify account information and then they will be walked through an onboarding experience designed to connect them with their interests.

Spotify Greenroom will be available on iOS and Android devices.