Finding an ATM in India is getting tougher day by day as the number of ATMs in the country has gone down in the past few years. 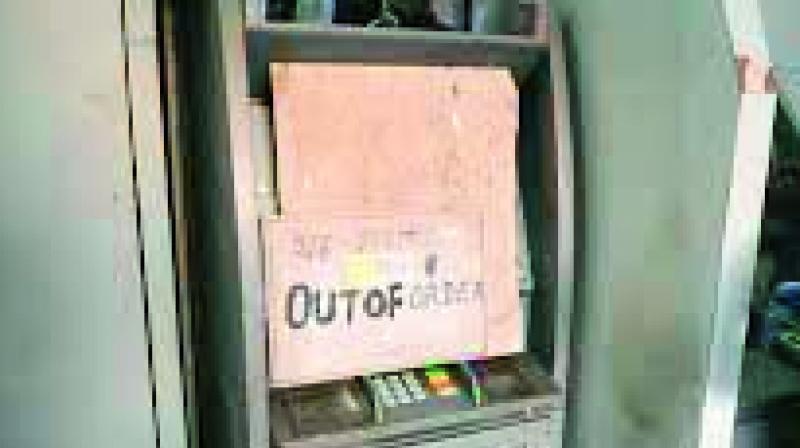 With ATMs shutting down in the country, a situation of cash crunch might arise.

Even in this era of digitalization where a large section of the population is dependent on digital modes of payment, India still remains a cash economy as the other greater part of the population is dependent on cash for the financial transactions. But finding an ATM in India is getting tougher day by day as the number of ATMs in the country has gone down in the past few years even when the dependence on cash persists and cash amounts to 80 per cent of all transactions. The drop in the number of ATM machines is expected to continue as the Confederation of ATM Industry (CATMi) that operates the network of ATMs across the nation has said that it will rather shut down nearly 50 per cent ATMs because of high maintenance cost of software and equipment upgrades.

With ATMs shutting down in the country, a situation of cash crunch might arise. But with the help of the following players which aims to provide cash easily, you will be able to withdraw even when almost half of the ATMs are expected to shut.

ToneTag – Backed by Amazon, Reliance Capital, Mastercard & Amansa, ToneTag a global technology solution provider, harnessing the power of ‘Sound’ for contactless payments. RetailPod is one product of ToneTag which can be converted into mini ATMs and also enables contactless payment acceptance on POS terminal/EDC machines using sound wave technology. ToneTag a secured global technology solution provider which through sound wave technology enables payments and proximity customer engagement services on any device, independent of the instrument or infrastructure. It has enhanced the customer experience across different avenues be it payments, retail, and mobility.

Oxigen – Oxigen Services India, a payments solutions provider, which has launched a Mini ATM device that also, acts as a mobile point of sale (PoS) terminal, OxiShaan. According to the company, the device will allow people in rural areas to withdraw money from their bank accounts without visiting the bank or an ATM.