A battery that uses seawater to generate electricity

The new battery is developed by an MIT startup and can be helpful for underwater exploring drones. 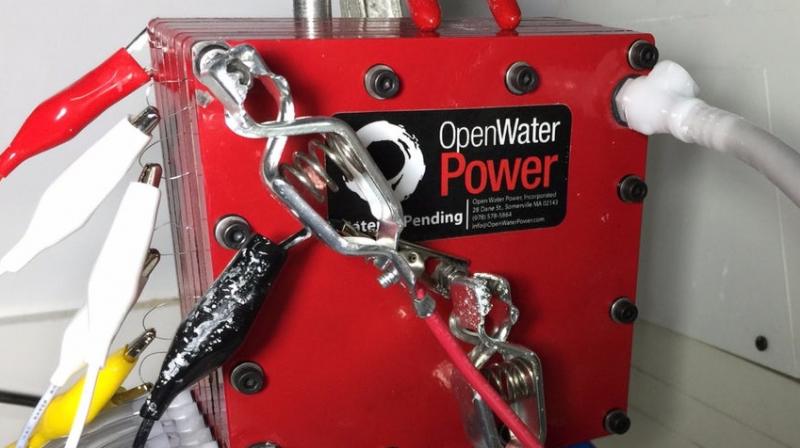 Apart from the extended usage range of the battery, the team claims that the battery is safer and more durable.

Underwater drones are extremely useful for exploring oceans, mapping the sea floor, finding enemy submarines or filming scuba divers doing weird stuff. The problem with them is that they have to use an electric power source, which according to the present levels of technology, has to be provided by lithium ion batteries. These batteries don’t provide a considerable battery life and are highly inflammable.

Due to a lithium ion battery, the actual work that a drone does happen for a limited period of time. A startup spun out of MIT identified this problem and they came up with a battery that would address these issues. Their battery uses seawater to produce power! And, it can increase the operation time of a watercraft 10 times.

To explain it in lay man’s English, think of it as an internal combustion engine of a car. The engine in a car uses air to oxidise petrol, which in turn produces mechanical energy to turn the moving internal parts and eventually move the wheels. If oxygen levels are low, like they are in hilly areas, it doesn’t work as efficiently as it does on sea level. This battery requires salty sea water to generate electricity, just like oxygen in a car’s engine.

Apart from the extended usage range of the battery, the team claims that the battery is safer and more durable. It only works when seawater flows into the reaction chamber. The team points towards the issue of corrosion of the aluminium anode, which is overshadowed by the lower costs of the anode parts. And, there’s no harmful discharge, unlike a car’s engine.

10 ways to beat the exam stress with Alexa