Apart from new filters, users can also rewind videos and use hashtag stickers. 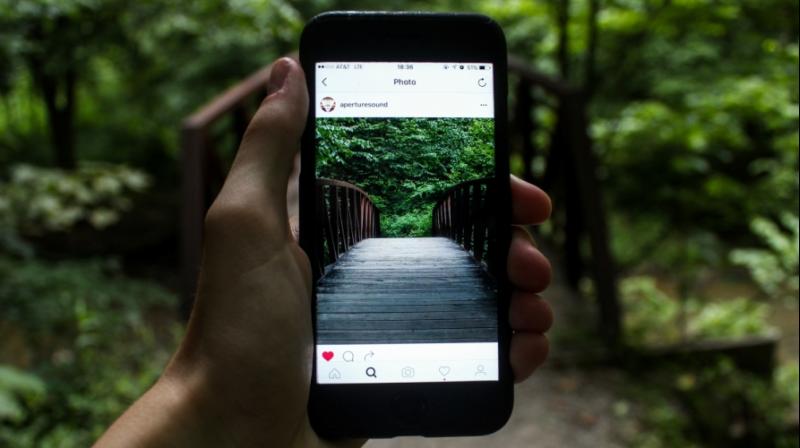 The world's largest social media network has already added several Snapchat-like features such as Stories, which allows users to upload pictures and video slideshows that disappear after 24 hours.

Facebook Inc's Instagram has souped up its camera with quirky face-tracking filters, adding another feature similar to one offered by social media rival Snap Inc's Snapchat.

Instagram users will now be able to choose from eight filters including koala ears that move and twitch as well as math equations that spin to create humorous effects for their photos or videos. Other new features include a rewind mode for videos, which will allow users to play video in reverse, and hashtag stickers to visit hashtag pages.

Facebook has been amping up its camera tool to take on Snapchat's features such as disappearing messages and face-tracking filters, which are hugely popular among its teenaged and millennial users.

The world's largest social media network has already added several Snapchat-like features such as Stories, which allows users to upload pictures and video slideshows that disappear after 24 hours.

For now, Instagram does not have sponsored face filters, where advertisers can create their own content. Snapchat's "sponsored lenses" have become a major part of its advertising revenue.

"If we're being honest with ourselves, this is the way the tech industry works and frankly, it's how all industries work," said Instagram's head of product Kevin Weil at the TechCrunch Disrupt conference in New York, when asked about the similarities between Instagram's new features and Snap's existing ones. "Kudos to Snapchat for being the first to Stories, but it's a format and it's going to be adopted widely across a lot of different platforms."

Instagram said in April over 200 million people used Stories daily. Snap, in its first earnings report as a listed company last week, said it had 166 million daily active users as of March 31.

Snap's shares have been on a roller-coaster ride since their market debut on March 1. The stock plunged about 23 percent last week after the company posted disappointing quarterly results. However, it recouped some of those losses after several institutional investors including George Soros and Daniel Loeb disclosed stakes in the company. On Tuesday, Snap shares were down 1.9 percent at $20.37 while Facebook's shares were up 0.3 percent at $149.77.