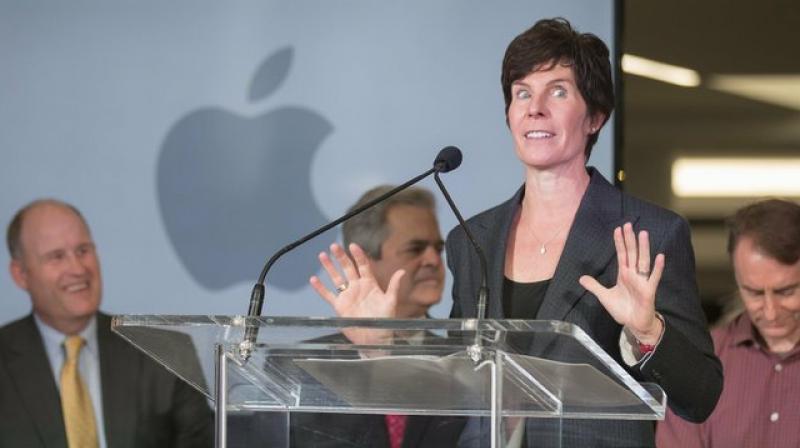 One tech giant strung dozens of North American cities through a circus-like contest that led mayors and governors to desperately pitch their regions — and offer huge sums of public money — in hopes of landing a gleaming new corporate campus. The other swept in quietly before making its big move.

The outcome was largely the same: Amazon and Apple are running out of room in their West Coast hometowns and establishing a major foothold in a handful of US cities already known as second-tier technology hubs.

But this week, at least, Apple may have won the prize for completing its search with the fewest hurt feelings.

Apple announced plans Thursday to build a USD 1 billion campus in Austin, Texas, that will create at least 5,000 jobs ranging from engineers to call-center agents while adding more luster to a city that has already become a destination for tech startups and bigger companies.

The decision comes 11 months after Apple CEO Tim Cook disclosed plans to open a major office outside California on the heels of a massive tax cut on overseas profits, which prompted the company to bring about USD 250 billion back to the US

The company said it will also open offices in Seattle, San Diego and Culver City, California, each employing at least 1,000 workers over the next three years. Apple also pledged to add hundreds of jobs each in New York; Pittsburgh; Boston; Boulder, Colorado; and Portland, Oregon.

“They are just picking America’s most established superstar cities and tech hubs,” said Richard Florida, an urban development expert at the University of Toronto.

Apple’s scattershot expansion reflects the increasing competition for engineers in Silicon Valley, which has long been the world’s high-tech capital. The bidding for programmers is driving salaries higher, which in turn is catapulting the average prices of homes in many parts of the San Francisco Bay Area above USD 1 million. Many high-tech workers are thus choosing to live elsewhere, causing major tech employers such as Apple, Amazon and Google to look in new places for the employees they need to pursue their future ambitions.

Cities around the country offered financial incentives in an attempt to land Apple’s new campus, but Cook avoided a high-profile competition that pitted them against one another, as Amazon had before deciding to build huge new offices in New York and Virginia.

Amazon could receive up to USD 2.8 billion in incentives in New York, depending on how many it ultimately hires there, and up to USD 750 million in Virginia. Apple will receive up to USD 25 million from a jobs-creation fund in Texas in addition to property-tax rebates, which still need approval. The figure is expected to be a small fraction of what Amazon received.

“There’s a growing backlash in the country against the entire process of subsidies and relocation inducements,” Muro said. “That said, the Apple numbers for a very significant increase in jobs are much less eye-popping than the Amazon numbers.”

The spots where Amazon and Apple decided to expand were obvious choices, based on an analysis released earlier this year by CBRE Research. Washington, D.C., ranked as the third best place in North America for tech talent, behind Silicon Valley and Seattle. New York ranked fifth and Austin sixth. No. 4 was outside the US: Toronto.

The new Austin campus, with about 3 million square feet (nearly 280,000 square meters) of office space, will be about a mile from another large office that Apple opened five years ago. Apple currently employs about 6,200 workers in Austin, making it the company’s largest hub outside Silicon Valley even before the expansion.

The new jobs are expected to mirror the same mix Apple already has at its Cupertino, California, headquarters, ranging from jobs in technology and research that pay well over USD 100,000 to lower-paying positions in customer call centers.

Cities have been eager to bring in more tech employers because their hires often make six-figure salaries. That can ripple through the economy, with new employees filling restaurants and theaters, buying property and paying taxes.

But an influx of affluent tech workers can also drive up rent and home prices, making it more difficult for those in lower-paying jobs to make ends meet.

“When tech companies invest in a place and try to hire thousands of workers, it is of course good news for tech workers who are already there and want to be there,” said Jed Kolko, chief economist for employment website Indeed.com. “But it can put a strain on the housing market and transportation.”

Texas Gov. Greg Abbott hailed Apple’s new campus as a milestone development that “truly elevates Austin as one of the premier technology hubs in the entire world.”

Apple’s move was cheered Friday by President Donald Trump, who thanked Cook in a tweet for “agreeing” to expand its US operations. It was sharp change in tone from September, when Trump responded to Cook’s concerns about tariffs by telling Apple to make its products in the US instead of China. Apple uses plants in China and elsewhere to produce components and assemble its products.