What the FCC rollback of ‘net neutrality’ means to you

On December 14, the FCC repealed Obama-era net neutrality rules, junking the principle that all web traffic must be treated equally. 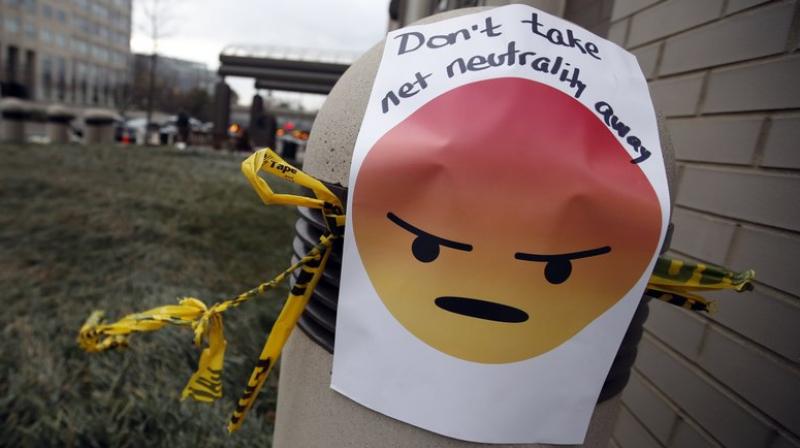 Broadband providers insist they won’t do anything that harms the “internet experience” for consumers. (Photo: AP)

Now that the federal government has rolled back the internet protections it put in place two years ago, the big question is: What does the repeal of “net neutrality’ rules mean to you?

In the short term, the answer is simple: Not much. But over time, your ability to watch what you want to watch online and to use the apps that you prefer could start to change.

Your mobile carrier, for instance, might start offering you terrific deals for signing up to its own video service, just as your YouTube app starts suffering unexpected connection errors. Or you could wake one day to learn that your broadband provider is having a tiff with Amazon, and has slowed down its shopping site in order to extract business concessions.

All of which would be perfectly legal under the new deregulatory regime approved Thursday by the Federal Communications Commission, so long as the companies post their policies online. Broadband providers insist they won’t do anything that harms the “internet experience” for consumers.

On Thursday, the FCC repealed Obama-era “net neutrality” rules, junking the longtime principle that all web traffic must be treated equally. The move represents a radical departure from more than a decade of federal oversight.

The big telecommunications companies had lobbied hard to overturn the rules, contending they are heavy-handed and discourage investment in broadband networks.

“What is the FCC doing today?” asked FCC chairman Ajit Pai, a Republican. “Quite simply, we are restoring the light-touch framework that has governed the internet for most of its existence.”

Under the new rules approved Thursday, companies like Comcast, Verizon and AT&T would be free to slow down or block access to services they don’t like. They could also charge higher fees to rivals and make them pay up for higher transmission speeds, or set up “fast lanes” for their preferred services — in turn, relegating everyone else to “slow lanes.”

Those possibilities have stirred fears among consumer advocates, Democrats, many web companies and ordinary Americans afraid that the cable and phone giants will be able to control what people see and do online.

In the near term, experts believe that providers will stay on their best behaviour. In part, that’s because inevitable legal challenges to the FCC’s action will keep the spotlight on them.

Public-interest groups such as Free Press and Public Knowledge have said they’ll be involved in litigation against Pai’s rules. New York’s attorney general vowed to lead a multistate lawsuit; the attorneys general of Massachusetts and Washington state also announced plans to sue.

“The fact that Chairman Pai went through with this, a policy that is so unpopular, is somewhat shocking,” said Mark Stanley, a spokesman for the civil liberties organization Demand Progress.

Mike Doyle, a Pennsylvania Democrat, said he would introduce legislation to overturn the FCC’s action, restoring the previous net-neutrality rules. That move, however, could face tough opposition, given that Republicans control both houses of Congress.

ONCE THE KLIEG LIGHTS FADE

Things could be different assuming the rules survive legal and congressional challenges.

AT&T senior executive vice president Bob Quinn said in a blog post that the internet “will continue to work tomorrow just as it always has.” Like other broadband providers, AT&T said it won’t block websites and won’t throttle or degrade online traffic based on content.

But such things have happened before. The Associated Press in 2007 found Comcast was blocking some file-sharing services. AT&T blocked Skype and other internet calling services — which competed with its voice-call business — from the iPhone until 2009.

Angelo Zino, an analyst at CFRA Research, said he expects AT&T and Verizon to be the biggest beneficiaries because the two internet giants can now give priority to the movies, TV shows and other videos or music they provide to viewers. That could hurt rivals such as Sling TV, Amazon, YouTube or startups yet to be born.