With the overhaul, Google Chrome has joined Mozilla and Microsoft as the browser makers who completely redesigned their browsers. 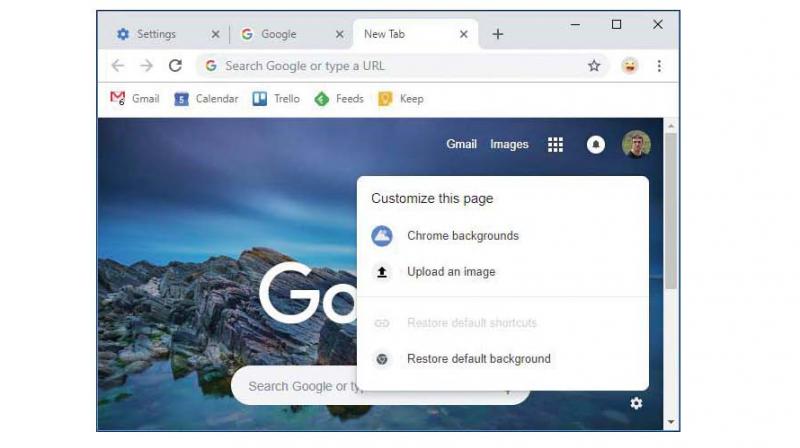 Ten-year-old Google Chrome has undergone a major design overhaul by getting rounded tabs and a password manager.

Google Chrome has turned a decade old. Guess what! The browser has undergone a stylish makeover in its appearance with rounded shapes and tabs, fresh colour palette, and updated icons. Google is also updating Chrome by altering prompts, menus and URLs.

In a blog post, Rahul Roy Chowdhury, VP of Product Development at Google, stated, “Our newest update includes a refreshed design that lets you navigate the web faster, and a completely revamped password manager and updated autofill so you can get things done more easily and securely. And Chrome’s search box (the ‘omnibox’) gives you more information directly as you type, saving you even more time”.

The most noticeable change is new rounded tabs, which are now easier to look at, especially for those who multitask by opening multiple tabs at a time. The new look shows the navigation bar moved from the top to the bottom. The address bar will soon show answers to results in the bar instead of opening another tab from auto-suggest search queries. Not just that, the new features include an improved password manager.

Chrome will now offer to automatically generate a random password when one signs up to websites for the first time. While Chrome had previously offered to store user passwords, the new password manager will now be able to create strong passwords when required. The password will be synced across desktop and mobile versions of Chrome so that users would stop repeating the same password for different sites. However, this poses no security threats as Chrome manages passwords only inside its browser and not in a Google account.

Along with the new password manager, Chrome 69 includes features like a reworked user interface where one can now personalise the new tab page with background images and custom shortcuts.

On the security front, Chrome 69 is another big step in Google's plans to remove Flash from the browser. Users accessing Flash-based sites will have to grant that site permission to run Flash after every browser restart. Until now, Chrome remembered per-site Flash settings, even after restarts. The end goal is to disable Flash by default in Chrome 76 and remove it from Chrome with version 87 in December 2020 when Adobe also plans to retire Flash.

What gets a temporary visual upgrade among others is the dinosaur, which appears when one doesn’t have an Internet connection. The dinosaur on the ‘no internet’ page that runs through a desert jumping over cacti on pressing the Spacebar, will now feature a birthday cake. When the dinosaur eats the cake, it gets a party hat. There will be balloons in the background.

With the overhaul, Google Chrome has joined Mozilla and Microsoft as the browser makers who completely redesigned their browsers.