The following trends will define the digital ecosystem in the country. 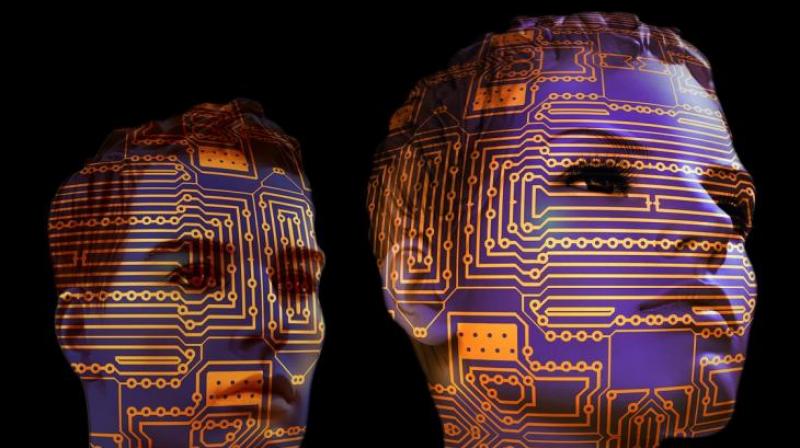 India has begun implementing the use of AI in one of its largest sectors, Customer Service. (Photo: Pixabay)

An average Indian spends around 28 hours a week on their smartphone. Given the average life expectancy of an individual and the age at which we are introduced to the internet, we spend almost 80,300 hours of our lives online. This year, India has seen the highest increase of smartphone users in the world, with a year-on-year growth of 16 per cent. Rajan Navani, Managing Director and CEO, JetSynthesys feels that at this rate, we can expect to reach approximately 337 million users by the end of 2018, making us the second largest smartphone market in the world. Leading with technology at the fore-front, we believe the following trends will define the digital ecosystem in the country.

Smartphone penetration brings an era of “Content on Demand”

This rapid smartphone penetration drastically changes the way we look at content. Several global OTT (Over the Top) media players have already recognized this opportunity and infiltrated the market with online TV shows, movies, web-series and music. Their combined total of 100 million users is predicted to see a YoY growth by 35-40 per cent. As OTT moves beyond metros to tier-1 cities, regional content and original content (web-series) are gaining more popularity and leading to a flourishing ecosystem of content creators.

This not only affects video content but music, news and gaming as well. More than 70 per cent of music consumption and music industry revenues in India are digital, and online news readership is on the rise. The gaming industry has also seen a large boost in online games as compatible smartphones become more affordable. Online gamers are expected to increase by 2.5 times to 300 million gamers by 2021 and this number is expected to get larger with e-Sport. This mobile-first era is supported by improved data services and ease of online payments, which brings us to the next point.

India has been inching its way towards becoming Cashless with initiatives such as Demonetisation, Aadhar-based KYC, and digital applications such as BHIM. This year, electronic transactions have increased by 25 per cent, and UPI has grown by 94 per cent. However, the real disruption is going to be Blockchain technology. By providing a cryptocurrency (like Bitcoin) and a distributed ledger-system, Blockchain will be able to provide a more transparent and secure system free from technical glitches. This mode of transactions will eliminate the need for a middle-man thus negating intermediate costs attached to it, such as processing fees, and make the process faster. In fact, we (JetSynthesys) are working on integrating blockchain technology into our existing payment system, JetPay.

The greatest benefit of digital payments can be witnessed in the E-commerce sector in India. While China takes the lead as the largest market for E-commerce worldwide, with the US as a close second, India has been termed to be the fastest growing. Automation Tools have given online retailers the added benefit of collecting and analyzing customer data to understand consumer behaviour and make better suggestions as compared to brick and mortar stores. In addition, it provides the convenience of ordering from your home or office, doorstep delivery and easy returns.

Studies show that online shopping baskets are 25 per cent larger on average as compared to physical stores, leading many brands to adopt an omnichannel approach. Social Media has been a huge driving force for E-commerce as its AI helps track consumer interests, allowing brands to place well-targeted Ads to individuals. Taking this one step further, Social Commerce, where a consumer can make a purchase without leading the Social platform, is on the rise in India. With India’s youth making up for more than 50 per cent of the population (below age 25), India’s digital economy is predicted to hit 25,000 Cr by 2020.

Wearables and Tech lead to a Digital Era in Healthcare

With the country’s population on the rise, coupled with increasing life expectancy, the need for healthcare services is expanding. With the doctor to patient ratio at an all-time low and poor infrastructure, remote monitoring systems could just be the answer with E-consultations, e-prescriptions, electronic health records, and wearables. The number of health-tech startups deploying Artificial Intelligence and IoT is rapidly growing. India’s digital health-care is still at a nascent stage but the future looks promising.

If there’s ever been a time for technology, it’s now, when AI and Machine Learning are going mainstream. Suddenly, AI is all around you, and we’ve all knowingly or unknowingly used some form of it. India has begun implementing the use of AI in one of its largest sectors, Customer Service. In fact, airports are also increasingly using AI! A recent report suggests that at least 14 per cent of airlines and 9 per cent of airports are already using chatbots to answer customer queries, suggest places to visit and for entertainment purpose. Last year, one of India’s largest private sector banks also launched a chatbot of their own. There are surely some shortcomings for automating the entire process, such as lack of emotional quotient in a bot, but as technology develops, so will such factors. Companies who are not automating at least some part of their customer service process are losing out on a lot of money. After all, a buck saved is a buck earned.