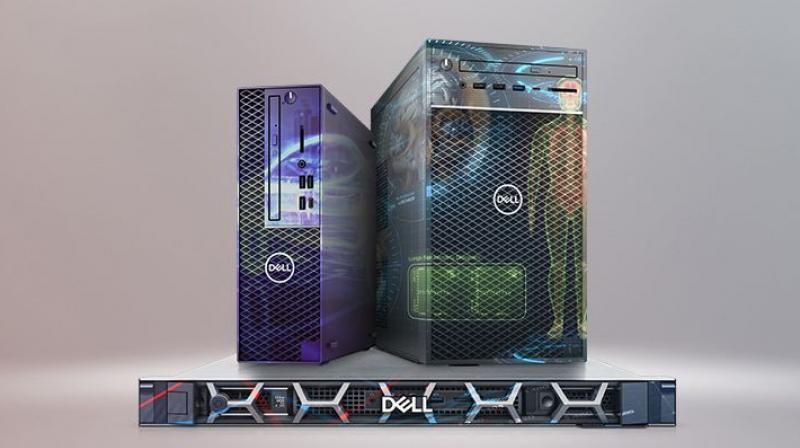 Dell has recently announced a new range of workstations from its Precision 3000 lineup. The workstations include the Precision 3430 tower, the 3630 tower, and the 3930 Rack. The highlighted feature of all these is that they are built to offer high performance on a smaller footprint.

The Dell Precision 3930 rack is built for expandability and it supports up to 24TB of storage. Dell claims that the 1U height delivers better rack density, extended operating temperatures and features such as short depth, dust filters and legacy ports allowing it to integrate into complex medical imaging and industrial automation solutions.

The Dell Precision 3630 Tower is 23 per cent smaller than the previous generation and it comes in a 20-litre chassis. An incredible feature of this workstation is that it comes with 8th Generation Intel Core i and professional-grade Xeon E processors with memory speeds up to 2666MHz 64GB and offers up to 225W of graphics support. It also offers scalable storage featuring SATA and PCIe NVMe SSDs, which can be configured for up to 14TB with RAID support.

The Dell Precision 3430 is said to be 40 per cent smaller than the competition in an eight-litre body. It offers many of the same benefits as the Precision 3630 but in an even smaller form factor and up to 55W of graphics support. It is expandable with up to 6TB of storage with RAID support.

Dell continues to partner with application providers for ISV certifications and Dell workstations provide professional features such as Dell’s Reliable Memory Technology Pro  (with ECC memory) to protect one’s work from potential crashes by mapping out bad memory locations, and Dell Precision Optimizer AI software that optimizes your system automatically to run applications even faster. For example, Dell Precision Optimizer Premium with AI-based optimization can improve the performance of engineering applications by up to 552%