Technology   In Other news  16 Jun 2020  Germans among most privacy conscious, government develops COVID app with public feedback
Technology, In Other news

In Germany, a person’s right to their own data even after death is rooted in the Constitution. 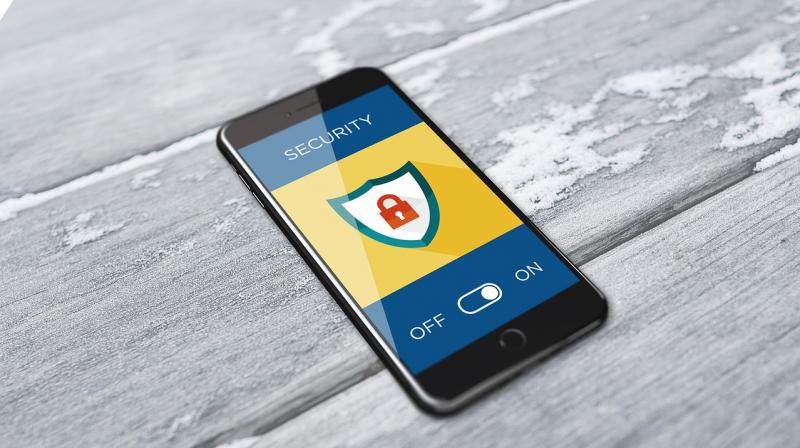 The German COVID app’s developers used the coding site Github to let the public look over their shoulder and suggest improvements.

Berlin: Germany launched a coronavirus tracing app Tuesday that officials say is so secure even government ministers can use it.

Smartphone apps have been touted as a high-tech tool in the effort to track down potential COVID-19 infections. Experts say finding new cases quickly is key to clamping down on fresh clusters, especially as countries slowly emerge from lockdowns and try to avoid a second wave of infections and deaths.

But governments in Europe have run into legal and cultural hurdles, trying to reconcile the need for effective tracing with the continent’s strict data privacy standards.

Germany, where a person’s right to their own data even after death is rooted in the constitution, has proved a particular challenge. Early government suggestions about using location data including cell tower information and GPS coordinates for the app prompted a swift backlash.

“Tracking where a person is in real time, that does remind us of China and its surveillance system,” said Frederick Richter, who heads the independent Foundation for Data Protection.

It also recalls Germany’s own history of dictatorships. Both the Nazis and East Germany’s communist regime amassed vast amounts of information to persecute dissidents and undesirables.

“That’s why we have always been very sensitive in Germany when it comes to the state collecting information on its citizens,” Richter said.

Like many other European tracing apps, Germany’s system now relies on low-energy Bluetooth technology that’s standard in modern smartphones. The app scans the user’s surroundings and records which other smartphones with the app are nearby and for how long.

If someone using the app tests positive for COVID-19, they can inform others who were in close proximity for at least 15 minutes that they, too, might be infected.

The German government insists users will have full control over their data. There’s no requirement to download the app. It’s up to the user to confirm their test results and trigger the process of informing contacts they might have been exposed.

The app won’t replace manual contact tracing. In fact, German health authorities won’t receive the data at all and may end up having to conduct a lot more tests on people who’ve received exposure alerts. Ute Teichert, director of Germany’s Academy of Public Health Services, said that’s a price worth paying if more people are willing to sign up.

“Every additional person who uses the app is a gain,” she said.

Because some labs aren’t yet equipped to transmit test results electronically, users may have to call a hotline to report themselves as having COVID-19 in the app. This opens the door to trolls who could try to trick hotline staff, setting off a cascade of consequences for everyone they were close to on public transport or in supermarket queues.

The opposition Left party, meanwhile, has called for a law to ensure that private businesses don’t try to push customers or employees into using the app, either through incentives or sanctions.

Asked whether the app meets security standards for top-tier officials, a spokesman for the German Interior Ministry said the country’s IT security agency has been involved from the start.

“I presume that from their side there can be an unreserved recommendation to members of the federal government to use this app,” said the spokesman, Bjoern Gruenewaelder.

Die-hard sceptics are more likely to be reassured by Germany’s Chaos Computer Club, which bills itself as Europe’s largest hackers association. The group has a history of punching holes in government and corporate IT systems and of campaigning against surveillance technology.

He also dismissed the approach taken by France, which has opted for centralized data storage, as ineffective, since it won’t work with Apple iPhones “under real conditions.”

France, which launched its app earlier this month, and Britain have rejected using Bluetooth software jointly developed by Google and Apple, saying it doesn’t give them enough information to manage outbreaks.

The developers of Germany’s app _ wireless carrier Deutsche Telekom and software company SAP _say it will take several more weeks for the app to get a “roaming” function that will enable it to work with other countries’ systems. Germans travelling to France will need to download the French app, officials said.

Neumann praised the German app’s developers for using the coding site Github to let the public look over their shoulder and suggest improvements.

The group won’t officially endorse the app, however.

“What we want is for every user to make an informed decision,” said Neumann. “And this decision might be different for an investigative journalist than for a teenager who spends most of the day on WhatsApp, Facebook, Google or YouTube.”

Germany has recorded almost 190,000 cases of COVID-19 and just over 8,800 deaths so far, according to a tally by Johns Hopkins University. Chancellor Angela Merkel’s government has been praised for its handling of the pandemic, which has resulted in a death toll about one-fifth of Britain’s and one-fourth of Italy’s.

A poll this month published by public broadcaster ARD found that slightly more Germans _ 42% _ said they would use the tracing app than the 39% who wouldn’t. The rest either said they didn’t have a smartphone or hadn’t made up their mind.

The telephone poll of 1,005 had a margin of error of up to 3 percentage points.

A major glitch could hurt uptake. On Monday, Norway suspended use of its track and trace app after a public spat between health authorities and the information watchdog.

At Berlin’s Friedrichstrasse train station, commuters appeared cautious when asked whether they would download the German app.

Klaudia Kruczkiewicz said using a smartphone to scan her surroundings felt “a bit creepy,” but wouldn’t rule out signing up.

“First I’d need to see how it works,” she said. “But otherwise, at the moment, I’m keeping my distance. I always wear a mask. I don’t need this app.”