Technology   In Other news  16 Apr 2019  Nano Dimension sees sharp growth on increasing demand for 3D printing
Technology, In Other news

Nano Dimension has been collaborating with US defense contractor Harris Corp on 3D printing of radio frequency identification amplifiers. 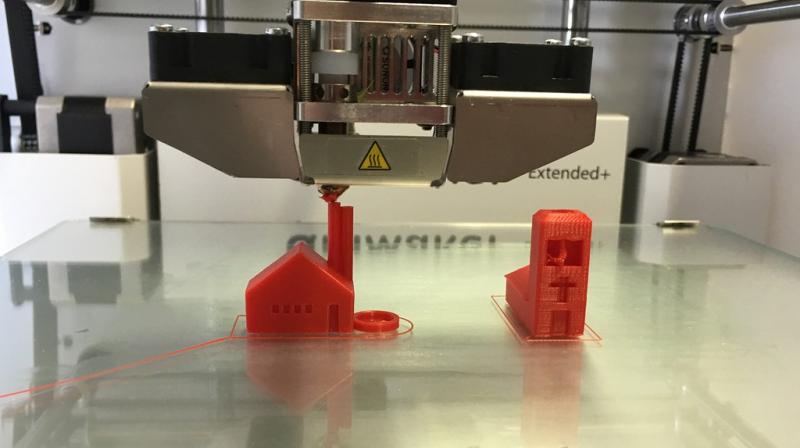 Printed circuit boards (PCBs) have traditionally been made by specialised companies in a process that can take weeks. Nano Dimension said its printers can do the job in hours.

Nano Dimension, a pioneer in 3D printers for circuit boards, expects to keep up a steep rate of sales growth while reducing its cash burn as it taps demand from new sectors such as defence and space exploration, the company’s leaders said. The Israel-based firm, facing possible expulsion from its secondary listing on Nasdaq after a huge fall in its shares since their 2016 peak, is pinning its hopes on new printers, and proprietary inks it began selling in 2017.

Nano Dimension has been collaborating with US defence contractor Harris Corp on 3D printing of radio frequency identification amplifiers, which extend antenna range and will be tested on the International Space Station.

“It could save Harris hundreds of thousands of dollars per satellite,” said Chief Executive and co-founder Amit Dror, who said the company expected an improved performance this year compared with last when it made a net loss of USD 15.5 million.

“We will be much better than last year,” Dror told Reuters. “Initially, we are looking at the near future to generate sales with large corporations in defence, aerospace, automotive and healthcare and further down the road ... consumer products.”

Printed circuit boards (PCBs) have traditionally been made by specialised companies in a process that can take weeks. Nano Dimension said its printers can do the job in hours, saving costs and time while keeping sensitive information confidential.

Dror said Nano Dimension will likely continue to narrow its loss in the next two years as it keeps growing revenue while halving its cash burn, which was about USD 13 million last year.

To that end, Nano Dimension is now working with 20 leading resellers, he said.

“We are the first to market this technology and by our estimation, we believe we are several years ahead of anyone else,” said Chairman Avi Reichental, who helped to pioneer 3D printing technologies more than a decade ago.

More than half of Nano Dimension’s sales come from the United States, but sales are also growing in Japan, South Korea and Germany.

After peaking at nearly USD 10 in 2016, the firm’s Nasdaq-listed shares have dropped to 73 cents in 2019 - prompting a notification from the exchange that its shares need to move back to at least USD 1 by September, although that can be extended by six months.

Dror said he hoped the shares would rise due to investor demand, but if not the company could make a technical change to the ratio of its Tel Aviv-listed shares to its American depositary shares.

He said Nano Dimension would look to raise more money to grow but no decision on how or when had been made.