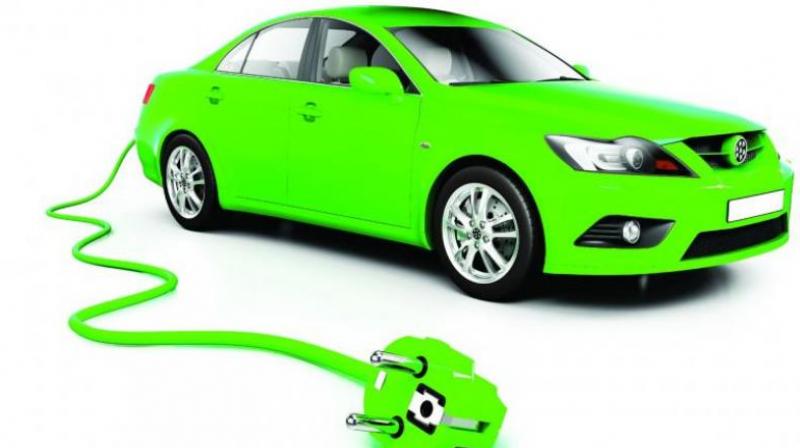 Despite being billed as capable of going 335 km on a single full charge, the ES8 didn’t get anywhere near that when driving on freeways at speeds above 100 km per hour (60mph).

It took one 330 kilometre trip from Chongqing to Chengdu in his Nio ES8, a seven-seater all-electric SUV, for its owner Wang Haichun to be consumed with buyer’s remorse.

Despite being billed as capable of going 335 km on a single full charge, the ES8 didn’t get anywhere near that when driving on freeways at speeds above 100 km per hour (60mph), he said, adding that after 180 km, there was only 50 km of range left.

“We had to recharge the car once and drove with a high level of anxiety throughout, constantly having to keep an eye on the range meter,” the 44-year-old manager of a property firm said. Toward the end of the trip, he shut off the air conditioner and audio system to preserve power.

“I wouldn’t want to do that kind of trip again – ever.”

Asked to comment on Wang’s experience, Nio Inc said in an e-mailed statement the ES8 can travel more than 200 km when constantly driven at a 100 km per hour and that battery swap stations are available for quick recharging. The statement did not address Nio’s advertising of 335 km on a single full charge.

In real-world conditions, all-electric cars can sometimes fall far short of advertised ranges, car engineers say. That’s particularly so when driving at length on freeways or hilly terrain and in hot or cold weather.

The problem adds to drawbacks which have hindered wider acceptance - EVs have shorter driving ranges than gasoline vehicles anyway, are more expensive and take a long time to recharge.

China, Europe and the US state of California have set ambitious requirements for automakers to dramatically increase EV sales over the next 5-10 years, but those goals are at risk unless EVs can come close to matching gasoline engine cars in cost and ease of use.

In China, the country most aggressively pursuing the adoption of EVs and home to the world’s largest auto market, some of the industry’s biggest names believe pure battery electric cars will be as cheap as gasoline counterparts by 2025.

Those making that prediction include Ouyang Minggao, executive vice president of the EV100 forum, a think tank which is widely seen as the de facto voice of government policy.

“The turning point is coming. We believe that around 2025, the price of pure electric vehicles will achieve a big breakthrough,” he said in a speech in January.

Ouyang cited a reduction in battery costs to USD 100 per kilowatt hours from USD 150-USD 200 currently and a planned tightening of emissions rules in China which will make gasoline vehicles there more expensive.

But others in the EV industry are less optimistic.

“Chinese policymakers think EVs will become more like conventional gasoline cars as early as 2025. But that’s naive and all automaker engineers would agree with me,” said a veteran EV engineer at Honda Motor Co.

“Sure, there’s an EV boom but hybrids and plug-in hybrids will be needed as bridging technologies,” he said.

The engineer was one of five interviewed by Reuters for this article who believe it will take a decade before battery EVs achieve cost and performance parity with gasoline cars. Most were not authorised to speak to media and declined to identified when describing the shortcomings of EV technology.

But pressure to deliver parity will only grow as China rolls back subsidies while setting quotas for sales of new energy vehicles (NEVs). China wants NEVs - which also include hybrids, plug-in hybrids and hydrogen fuel cell vehicles - to account for a fifth of auto sales by 2025 compared with 5 per cent now.

For most automakers, battery cells cost around USD 200/kWh, the engineers said, although costs for Tesla Inc are believed to be around USD 150/kWh, partly due to its much greater scale of production. Tesla declined to comment.

To cut costs, firms are working on slashing the use of cobalt, the most expensive part of lithium-ion batteries.

Others are developing similar technologies with slightly different ratios. Batteries jointly produced by Tesla and Panasonic Corp substitute manganese with aluminium and use less cobalt than NMC 811.

Less cobalt and more nickel increase the risk that a battery cell will catch fire - a problem still being worked on. Even so, South Korean battery makers say the next generation of batteries due in three years or so will cost much less and offer much greater driving ranges.

But the engineers who spoke with Reuter's caution that even if battery unit costs are brought down to USD 100/kWh, this would not necessarily translate into a steep decline in vehicle costs.

That’s because the investment to improve battery quality needs to be factored in, while the cars also need sophisticated battery management systems to prevent overheating and overcharging - adding thousands of dollars to their cost.

Toyota Motor Corp, which does not have a pure EV on the market currently, says it is concerned about battery durability. Battery capacity can drop by half over 5-10 years - the reason for low EV resale values, said Shigeki Terashi, executive vice president in charge of Toyota’s EV strategy.

“Falling EV battery capacity is not a major issue in China now because sales there have only recently begun, but in time this problem will likely become more evident,” he told Reuters in an interview.

Longer-term efforts to improve batteries are solid state batteries, where the liquid or gel-form electrolyte in a lithium-ion battery is replaced with a solid. That could help double a battery’s energy density.

Many in the industry believe the technology is at least a decade away from mass-market commercial use.

“There are a lot of limitations to solid state drive..it will be very difficult to adopt the technology in the automotive applications used by the general public,” said YS Yoon, president of SK Innovation’s battery business.

Advances in recharging are also key to making electric vehicles mainstream. A big obstacle is heated, which increases resistance and in turn, reduces the current.

Most EVs can get a partial charge in less than half an hour, although several models due out in the next year can get close to a full charge in 20 minutes.

TE Connectivity is working with automakers to cut charging time to as little as 5 minutes and Chief Technology Officer Alan Amici say that goal may be attained in five years.

But others are sceptical. Bereisa thinks battery costs could achieve parity with gasoline cars by the late 2020s but his verdict on fast fueling parity is “maybe never”.