Last week, a Delhi Assembly panel had summoned him to determine if the social networking site deliberately ignored instances of hate speech. 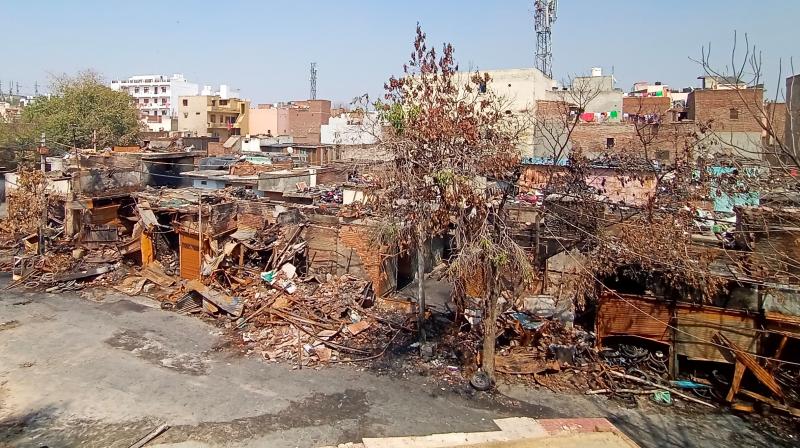 “The failure of Facebook to appear before the committee shows that it is trying to hide its role in the Delhi riots,” Aam Aadmi Party’s Raghav Chadha told reporters. This photograph shows a riot affected area in Northeast Delhi as on March 8, 2020 (Photo | Wikimedia Commons - DTM)

India is the US-based company and its messaging service WhatsApp’s biggest market in terms of users, and the firm is under pressure worldwide over the policing of hate speech.

The panel, headed by Aam Aadmi Party lawmaker Raghav Chadha, also said the firm should be probed over its “alleged role and complicity” in the sectarian Delhi riots in February which killed over 50 people, most of them Muslims.

But on Tuesday Mohan failed to appear, Chadha said.

“The failure of Facebook to appear before the committee shows that it is trying to hide its role in the Delhi riots,” Chadha told reporters.

“Fresh summons will be issued to it in line with principles of natural justice.”

A lawyer for Facebook said the summons was “untenable” as the matter was being heard separately by a parliamentary committee, a Delhi government source told AFP.

The firm has been embroiled in a huge row in India after the Wall Street Journal reported in August that the company failed to take down anti-Muslim comments by a politician from the ruling party in order to protect its business interests.

Facebook has denied any political bias but admitted it has to do better to curb hate speeches.