Technology   In Other news  15 Aug 2020  Trump pushes TikTok to sell its interest in Musical.ly with fresh executive order
Technology, In Other news

Trump pushes TikTok to sell its interest in Musical.ly with fresh executive order

The order states that ByteDance must sell its interest in the karaoke video US app Musical.ly that it bought and merged with TikTok. 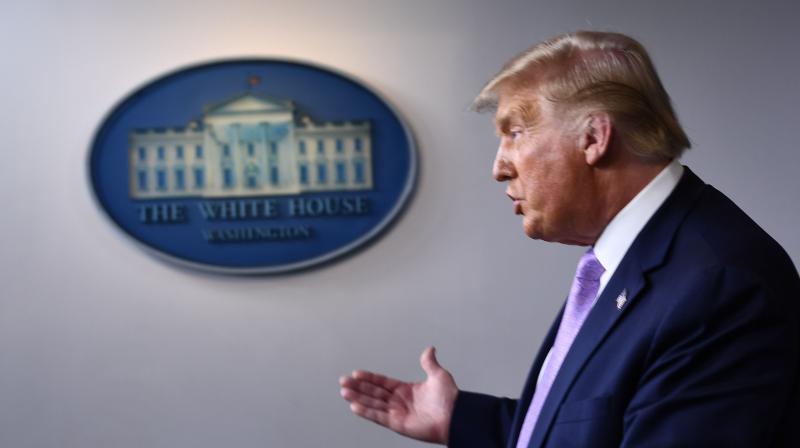 Trump’s order contends there is “credible evidence” leading him to believe that ByteDance’s take-over of Musical.ly “threatens to impair the national security of the United States.” (Photo | AFP)

San Francisco: US President Donald Trump late Friday lashed out anew at ByteDance, issuing a fresh executive order stating the Chinese internet giant must sell its interest in the Musical.ly app it bought and merged with TikTok.

The order builds on sweeping restrictions issued last week by Trump that TikTok and WeChat end all operations in the US, his latest explosive moves aimed at countering China’s rising global power.

ByteDance bought karaoke video app Musical.y from a Chinese rival about three years ago in a deal valued at nearly a billion dollars. It was incorporated into TikTok, which became a global sensation.

Trump’s order contends there is “credible evidence” leading him to believe that ByteDance’s take-over of Musical.ly “threatens to impair the national security of the United States.”

“As we’ve said previously, TikTok is loved by 100 million Americans because it is a home for entertainment, self-expression, and connection,” ByteDance said in response to an AFP inquiry.

“We’re committed to continuing to bring joy to families and meaningful careers to those who create on our platform for many years to come.”

The order set to take effect in 90 days retroactively prohibits the acquisition and bars ByteDance from having any interest in Musical.ly.

Trump ordered that any sale of interest in Musical.ly in the US had to be signed off on by the Committee on Foreign Investment, which is to be given access to ByteDance books.

It also ordered that any saved user data be destroyed.

Trump last week made good on threats against WeChat and TikTok—two Chinese-owned apps with major audiences that US officials say pose a national security threat.

Through an earlier executive order he gave Americans 45 days to stop doing business with the platforms, effectively setting a deadline for a potential, under-pressure sale of TikTok to Microsoft.

Trump has also called for the US government to be cut in on the deal, a stance slammed by critics who said it appears unconstitutional and akin to extortion.

Last week’s move also threw into doubt the US operations of WeChat’s parent firm, Tencent, a powerful player in the video game industry and one of the world’s richest companies.

Trump has claimed TikTok could be used by China to track the locations of federal employees, build dossiers on people for blackmail and conduct corporate espionage.

TikTok—used by as many as a billion people worldwide to make quirky, short-form videos on their cellphones—has repeatedly denied sharing data with Beijing.

WeChat is a messaging, social media and electronic payment platform and is reported to have more than a billion users, with many preferring it to email.

The latest US actions follow a protracted battle over Huawei, the Chinese network and smartphone giant accused by the Trump administration of being a tool for espionage.