Technology   In Other news  15 Jul 2020  Twitter launches search prompt to get you help during natural disasters
Technology, In Other news

The social network has partnered with the National Disaster Response Force to expand its efforts towards handling disaster situations. 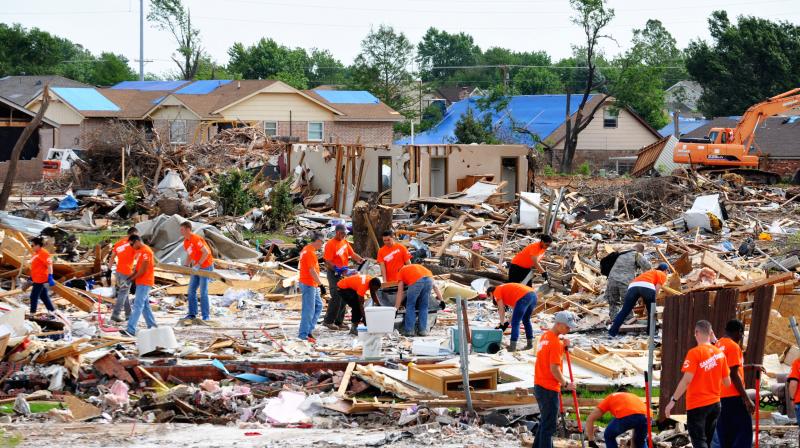 “Every time someone searches for certain keywords associated with disaster relief, a prompt will direct them to the relevant information and sources of help available on Twitter,” a statement said. (Photo | US Air Force - Kimberly Goff))

Twitter has partnered with the National Disaster Response Force (NDRF) in India to expand its efforts towards handling disaster situations, according to a statement.

The search prompt will be available on iOS, Android, and on www.mobile.twitter.com in India, in both English and Hindi, it added.

“Every time someone searches for certain keywords associated with disaster relief, a prompt will direct them to the relevant information and sources of help available on Twitter. This is an expansion of Twitter’s #ThereIsHelp prompt, which was specifically put in place for the public to find clear, credible information focusing on disaster preparedness and emergencies,” it said.

The search prompt will also generate a list of government agencies working towards disaster response and relief in India, so people looking for support can easily identify and establish contact with credible authorities, it added.

Twitter India and South Asia Director (Public Policy) Mahima Kaul said the dedicated search prompt will ensure there is an uninterrupted access to relevant and authoritative information, such as important updates on critical transit and utility outages, efforts to oversee crowd management, and establish direct access between the affected areas and the rescue teams.

NDRF Director General S N Pradhan said timely and reliable updates through Twitter can support the government in communicating to the people on rescue and relief services available to them and what they can do to receive it.