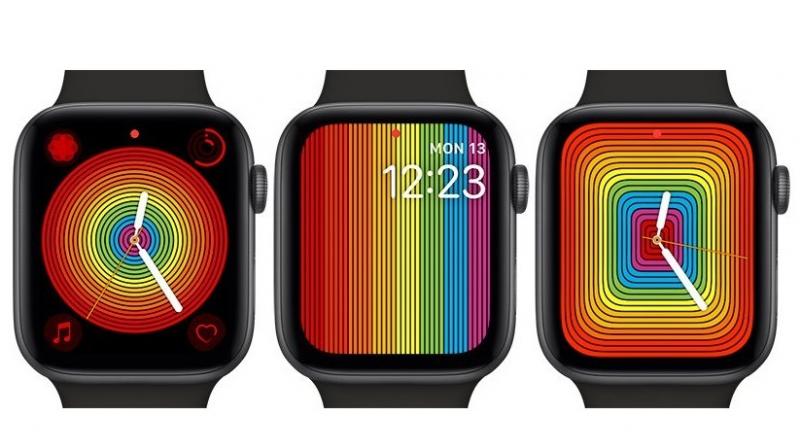 The new Pride watch face is vastly different from the 2018 version.

The new Pride watch face is vastly different from the 2018 version as it just doesn’t come with six rainbow stripes but rather a watch face that occupies the entire display and features eight colours. Apple has also released two Pride analogue watch faces — one that’s square in shape and the other being round. Both these new watch faces come with analogue hands and they change colours whenever your wrist is raised.

Apple has continuously been supported by the LGBTQ++ community and in the past have launched Apple Watch bands as well. It is expected that Apple will be launching a new Pride band this year as well. However, not much is known as of yet about how it will look.

Every year, Apple participates in the San Francisco Pride parade in support of the LGBTQ++ community. Apple creates special Pride-themed T-Shirts for its employees who take part in the march. Apart from this, Apple also hosts other celebrations throughout June.