The more people install the coronavirus tracing app on their phones, the more effective it becomes 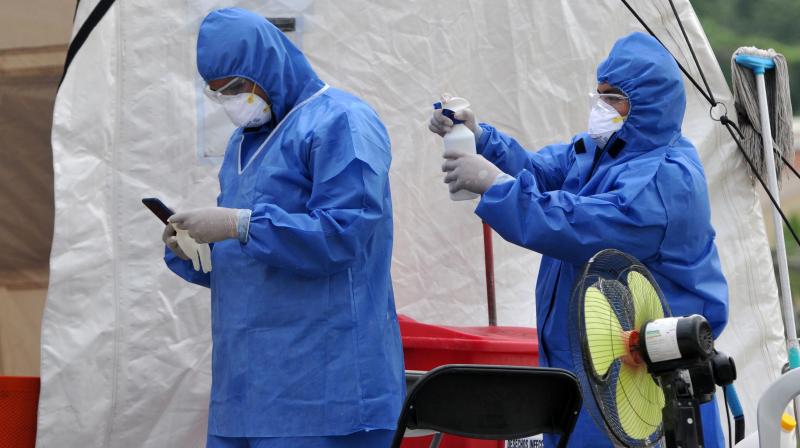 The Aarogya Setu app alerts people if any person in their vicinity has tested positive for COVID-19. (Photo | AFP)

Prime Minister Narendra Modi in his address to the nation on April 14 appealed to people to download the app.

The Aarogya Setu app alerts people if any person in their vicinity has tested positive for COVID-19.

District administrations have been asking all educational institutions and government departments to push people to download the app. The more people install the app on their phones, the more effective it becomes at identifying through location data and Bluetooth data, which phones have come into close contact with an infected person.

The app accesses data of infected persons from the Ministry of Health and alerts people if they have come into contact with a Covid-19 infected person.

According to sources, Tata Consultancy Services is working on testing the app and some of its other aspects while Tech Mahindra and the Mahindra group is working on the next version of this application leveraging data science and next generation technologies such as machine learning.