The social media giant plans to boost AR with a new drawing option among others on Facebook Camera. 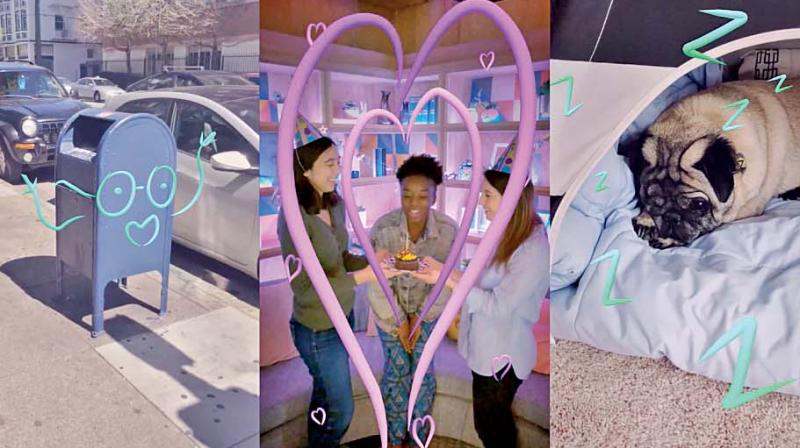 The latest is the addition of Instagram Boomerang GIF with Facebook Camera that lets the user draw.

A year ago Facebook incorporated the GIF creation tool to Facebook Camera. Now what it has launched is being looked upon with much anticipation by the users. The latest is the addition of Instagram Boomerang GIF with Facebook Camera that lets the user draw with abandon. The user can scribble on the world around. This is possible during or before the camera is turned on. To add to it, there are more features being added by the social media giant, which is in a tough competition to be the next Augmented Reality biggie in the tech world.

It’s fun intended. The user can add a doodle that is not in the frame and adjust the camera position to see if the markings are in place. Techcrunch, the tech portal, posted a promo video on 3D drawings (https://www.youtube.com/watch?v=VYqe3smoois) on YouTube.

“Facebook tells me technology understands the corners and objects in the room to create a 3D spec. Facebook could use that to detect surfaces like walls and tables to wrap the drawing onto them. Currently, it only does that when it’s confident about the object recognition, such as in optimal light conditions,” Techcrunch writes.

The addendum is touted to be a replacement to the looping GIF feature. Facebook is on a mission to make Stories more exciting and therefore the new addition is seen as an effort to overcome criticism that Stories are “a rip-off of Snapchat and redundant Instagram Stories”.

This is what Engadget, another tech news site has to say:

“Unlike Instagram’s Snapchat clone, which has more users than Snapchat itself, Facebook’s hasn’t been as successful. That has prompted the social network to make Stories available to brands, to merge it with Messenger Day (yet another Snapchat-like feature) and to mull over the possibility of allowing users to create Stories on PC.”

The new feature is set to roll out in a few weeks’ time.