IoT is effectively using the innovation of UBI to keep a check on driver’s behaviour and assess the risks associated with the vehicle. 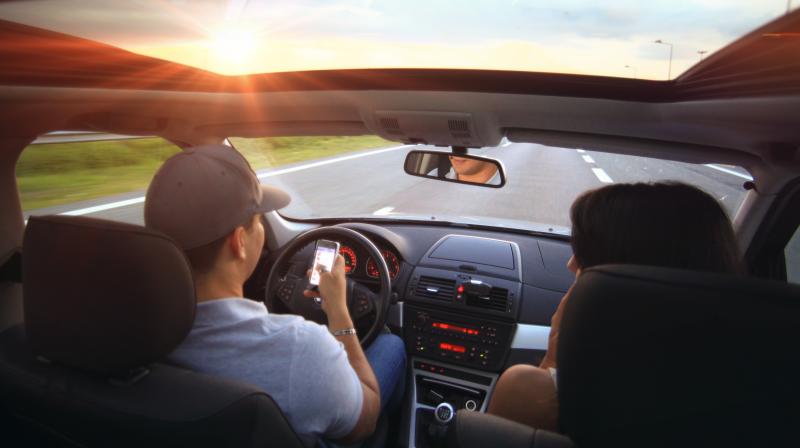 The real-time data recorded on driving habits are shared with the car insurer which benefits the policyholder with lucrative offers and discounts. (Representative Image: Pexels)

Internet of Things has created a buzz among the technology enthusiasts and tech-based start-ups with its interesting concept of connecting objects to objects, objects to people and people to people. The latest offerings of IoT are now uniquely combined with the physical groundwork of every industry leading to its overall efficiency. There are some major transformations by IoT out of which, most of them are still underway but have significantly accelerated digital growth. This digital growth has been making a huge impact on a multitude of industries. The auto and insurance industries have been the major beneficiary of this advancement.

Traditionally, auto insurance companies set pricing models and premium strategies on the basis of assumptions – how customers are driving, their age, and the lives they lead. However, with the emergence of IoT’s concept, Usage Based Insurance plans are coming into the digital picture. Vikram Kumar, Founder, Letstrack, believes that IoT is effectively using the innovation of UBI to keep a check on driver’s behaviour and assess the risks associated with the vehicle. It is the epitome of personalising auto insurance policy by formulating usage-based plans.

UBI makes use of the data provided by an array of IoT devices like automotive sensors, telematics devices, smartphones and applications to monitor driving behaviour and risks triggered by speeding and braking. This entire process is simple and highly efficient for customers as well as insurance companies to provide a reward based or lower premiums to safe driving customers. It results in better and improved customer satisfaction for insurance companies.

In conventional auto insurance plans, young drivers specifically aged between 18-25 years are considered more inclined towards accident prone attitude with subject to high insurance rates. On the other hand, not all young drivers believe in unsafe or reckless driving. There comes IoT’s UBI which relies on “Pay the way you Drive” policy. This policy can easily result in 40 per cent reduction in premium rates for policyholders. Thus, there will be a lower cost with transparency to a greater extent.

The real-time data recorded on driving habits are shared with the car insurer which benefits the policyholder with lucrative offers and discounts. All this monitoring is done with the aid of telematics technology which records crucial data pertaining to the distance covered, braking patterns, speeding history, time of the driving and many more.

Telematics technology data is more comprehensive and realistic pertaining to analysing the risk profile of the driver. It helps in determining not only the driver’s safety profile but also allows the car insurer to accurately frame the insurance policy including its pricing model. Additionally, this data helps to lower the number of accidents by improving accidents response time and allows recovery of stolen vehicles by mapping its location. It also serves insurer the information on the parking of the vehicle in no parking zones, consistency of car service and any violation of traffic rules.

Use of telematics technology by insurers helps them in estimating accident damages and the fault of the driver during accidents. This proves to reduce deliberate fraud claims by drivers when they are at fault. Hence, it controls the damage in advance which leads to a reduction in the number of genuine and false claims.

IoT projects the transformation of Indian auto insurance sector by delivering an accurate and enormous amount of data. However, this transformation completely depends upon the business models that car insurers are going to formulate for optimised use of IoT. There has to be a perfect balance between utilising the benefits of IoT with keeping in view customers’ security and privacy of utmost importance. The car insurer and the customer both can benefit each other by simply making the most favourable utilisation of transparency as well as technology into customised insurance plans.

With the increase in live data and driver behaviour, there are exciting new capabilities available to both the insurer and the policyholder. Many insurers are looking to use the information available to enable “immediate” claim settlement. The concept is simply to use certain data algorithms combined with claimant information to assess damage amongst all other parameters and facilitate a claim settlement at the scene of the accident with a targeted 30 minutes.

The positive power of GPS tracking devices has until now been misunderstood, but with a new wave of change in the perception of the benefits to the vehicle owner and the ability it might have to reduce their other costs, there will soon seem like there is no other choice for the motorist than to have a device installed.