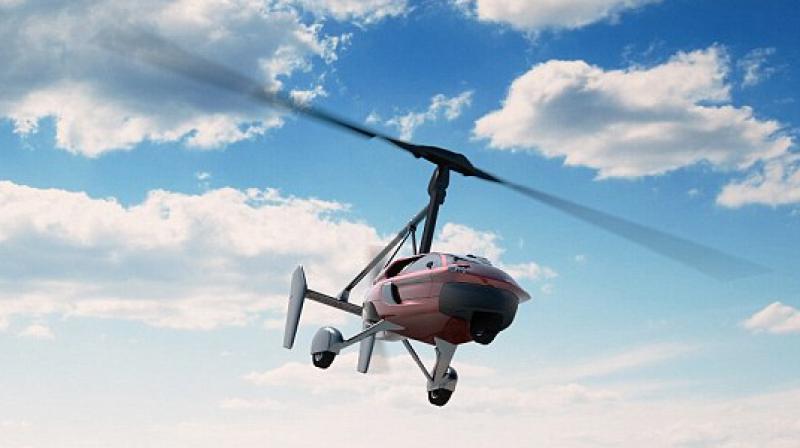 Netherlands-based PAL-V first demonstrated the test flight of — the first flying car almost five years ago. The three-wheeled vehicle is finally available for sale, at a starting price of $400,000.

The , which is recognised as the first certified commercial flying car, is compliant with all safety regulations set by global governing bodies.

“After years of hard work, beating the technical and qualification challenges, our team succeeded in creating an innovative flying car that complies with existing safety standards, determined by regulatory bodies around the world,” Robert Dingemanse, CEO of PAL-V announced.

The first 90 models are designated as Pioneer Editions that come along with additional standard features like power heating, an electronic flight instrument display and other such special interior and exterior details.

The takes approximately 10 minutes to transform from a normal vehicle to a copter, says the company. The flying mobile delivers a top speed of 100mph on the ground and 112mph in the sky and boasts a range of 817 miles on a full tank.

The Dutch company will begin the sale of standard models dubbed “the Liberty Sport” for $399,000 later this year.

However, interested buyers must have a license for both flying and driving in order to operate the Liberty.