A resident of the Yancheng Wild Animal World, the monkey stole over to its keeper LV Mengmeng’s phone in the brief time she wasn’t present. 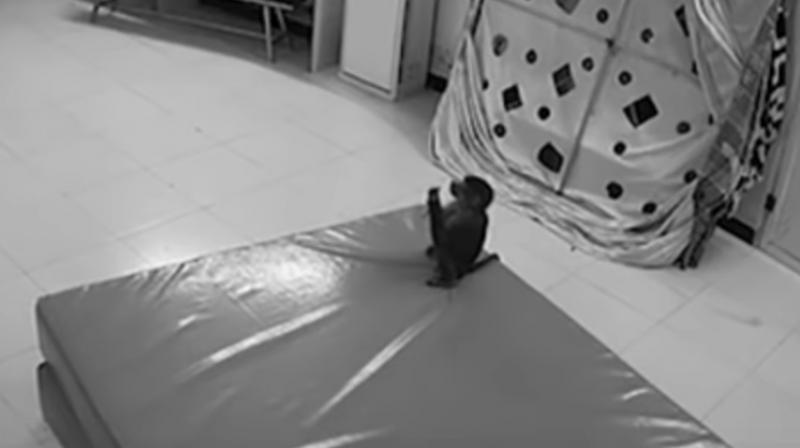 The CCTV footage of the room, which is now viral, showed the monkey sneaked up and place the orders. (Photo: Youtube screengrab)

In this age of increasing technology influence and proficiency, a monkey in China has surfaced in a viral video online, ordering grocery from its keepers’ phone in Changzhou eastern China.

A resident of the Yancheng Wild Animal World, the monkey stole over to its keeper LV Mengmeng’s phone in the brief instance when she wasn’t there to place those grocery orders.

Mengmeng noticed something amiss when she noticed texts confirming multiple orders she didn’t remember placing. Growing suspicious, she checked the CCTV footage of the room, which is now viral, to see that it was her monkey who had sneaked form behind her and placed the orders.

Moreover the monkey, had added some useful things into the cart. So, while mengmeng couldn’t get the deals she needed, she proceeded ahead with the added items anyway since she said they were all daily necessities.

Perhaps this is a new sort of evolution at play that we should all be careful about. Just kidding.