Before the event, an Apple event is scheduled for Monday and Google's Pixel 6 launch on Tuesday 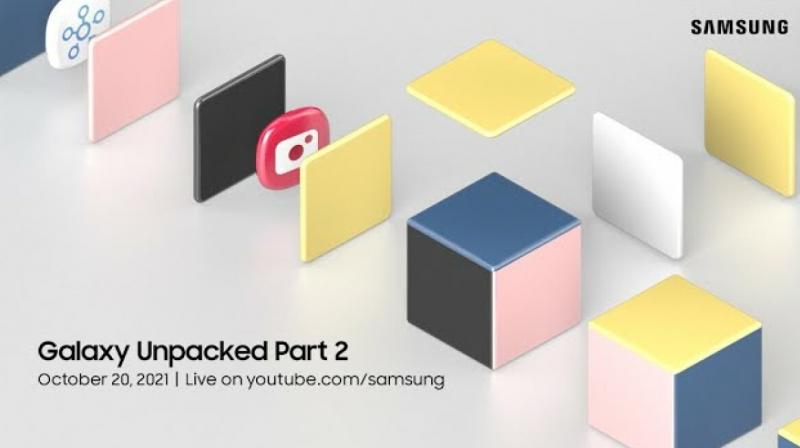 Seoul: Samsung has just sent out invitations for an event it is holding online on October 20 at 7 am PT / 10 am ET.

As per The Verge, it's called 'Galaxy Unpacked Part 2', which is possibly an indication that rather than all-new Galaxy phones, we may be seeing iterations on existing ones.

With Samsung's announcement, we'll now have an Apple event on Monday (where we are expecting new MacBook Pros), Google's Pixel 6 launch on Tuesday, and now Samsung's apparently smaller event on Wednesday.

In addition to the invite's image, Samsung's newsroom post announcing the event hints at some kind of personalization for Galaxy devices: "Our users are multifaceted and live life in so many colourful, interesting, and unique ways. As such, the technology they use every day should reflect their individuality. Join Galaxy Unpacked Part 2 on October 20 to see how Samsung is opening up new experiences for self-expression through technology."

That could mean anything, but it does seem to hint at new colours of the Galaxy phones or maybe even a full-on customization option. With the Z Fold 2, Samsung offered customers the option to choose their own accent colour for the hinge, though that option went away on the Z Fold 3 (thus far, anyway).

Of course, no customisation program has come close to the original Moto X, which let people chose any number of different colour options and even materials for their phone -- including bamboo. It seems unlikely that Samsung will be willing to go that far.

What seems even more unlikely is the Galaxy S21 FE, a lower-cost "fan edition" of the Galaxy S21 that's been kicking around the rumour mill for a while now. It's less likely mainly because the S21 FE is currently in a kind of limbo where it's either been delayed or cancelled because of the chip shortage. Sammobile reported that Samsung is still considering a January launch for the S21 FE.