Technology   In Other news  14 Sep 2019  Google Maps locates man who went missing 22-years ago at bottom of pond
Technology, In Other news

A man went missing 22-years ago and then someone spotted his car at the bottom of a pond while checking Google Maps. 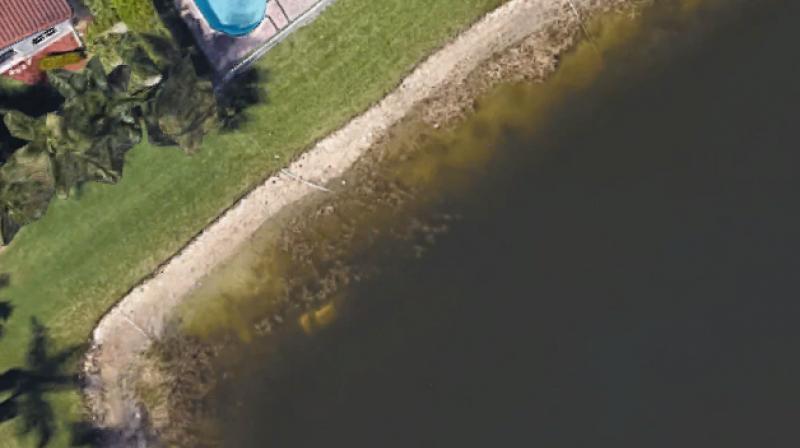 The remains of a person missing for more than two decades has been found thanks to satellite imagery provided in Google Maps.

In November 1997, a 40-year-old individual, William Moldt from Florida was reported to be missing and nearly 22-years ago, he called his girlfriend to let her know that he was on his way home from a nightclub. After that interaction, he was never seen or heard again. Now, the mystery has been finally solved and this missing person’s case from 1997 has finally been solved thanks to Google Maps.

While looking at Google Maps using its satellite imagery, a user accidentally discovered an image of a car submerged in a pond in Wellington, Florida. When the car was pulled out from the pond, the skeletal remains of a person were discovered inside.

As per a report by Mashable, Fast forward to Aug. 28, 2019. Barry Fay, a resident of a gated community known as Grand Isles in Wellington, received a call from his neighbour. The neighbour’s ex-husband had called her to say he noticed a car submerged in a pond behind Fay’s house while he was searching the area using Google's satellite imagery.”

Fay then confirmed this sighting with the help of a drone and called up the former owner of his home to inquire if he was aware of the vehicle and according to Fay; she was “shocked.”

Fay then proceeded to call the police.

A statement from the Palm Beach County Sheriff’s Department reads, “Upon arrival deputies confirmed there was a vehicle in the pond. The vehicle’s exterior was heavily calcified and was obviously in the water for a significant amount of time. Upon removing the vehicle skeleton remains were found inside.”

The satellite image of the vehicle is still available of Google Maps and it can be seen here. In the image, you can see Moldt’s 1994 Saturn SL in the body of water. Interestingly, the car has been visible on Google Maps since 2007 but has only been spotted recently.

On September 10, the body was confirmed to be that of Moldt.

Mashable states, “When Moldt went missing more than two decades ago, the housing development was still under construction. Police seem doubtful that we’ll ever know how Moldt and his car ended up in that pond.”