Technology   In Other news  14 Apr 2020  Grocery stores and restaurants now listed on Google Pay’s Nearby Spot
Technology, In Other news

The feature, similar to Quikr’s Still Open feature available in 23 cities, was launched in Bengaluru and will be rolled out to five metros. 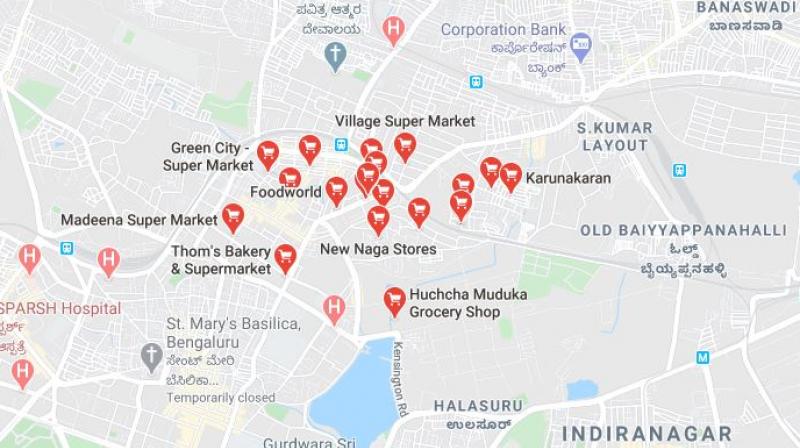 Chennai: Now you can find the nearest grocery store and other shops that sell essentials on the Google Pay platform. Restaurants too are listed on Google Pay’s Nearby Spot.

The feature, which was originally meant for business listings is now available to all Google Pay users.

Currently launched in Bengaluru, Google Pay Nearby Spot will be available soon in Chennai, Hyderabad, Pune, Mumbai and Chennai.

Additionally, Google Maps is also listing stores nearby and also pinpointing night shelters and food distribution points. Although people in need of food and shelter are unlikely to possess a smartphone, good samaritans and volunteers can direct those in need to these facilities by accessing the information on Google Maps.

As many as 1,500 food distribution centres and night shelters set up across the country have been listed by Google. The feature can be accessed on Google Maps, Google Search and Google Assistant in English and Hindi.

Another app, Quikr, which was popular as an online marketplace before OLX came along and swept it nearly out of visibility, also recently launched a feature called StillOpen, Inc42 reported.

The service is available in as many as 23 cities, including the metros.

What’s more, Quikr’s StillOpen not only lists grocery stores and pharmacies, it also tells where the nearest hospitals and COVID-19 testing centres are, apart from ATMs and milk booths.

Quikr’s StillOpen also allows users to share details about whether a store is crowded, whether there is enough stock of groceries available there and whether the place is hygienic.