Technology   In Other news  13 Jul 2020  Huawei so entrenched in UK telecom infra it can't be removed within decade, says BT boss
Technology, In Other news

Britain could suffer “outages” and potential security risks if forced to stop dealing with the Chinese firm, he warned. 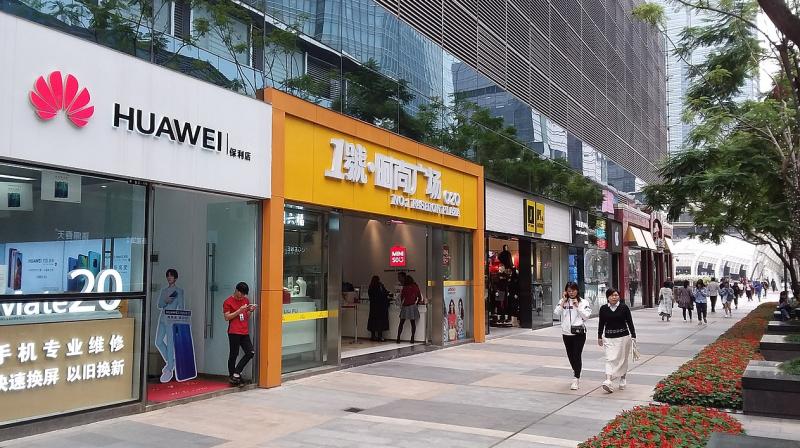 The BBC on Monday reported that the government could stop installing Huawei equipment after 2021, and could possibly try to remove all of the company’s 5G kit by 2025. (Photo | Wikimedia Commons - Lao Men Faei)

London: The head of British telecommunications giant BT said Monday that it would be “impossible” to remove controversial Chinese giant Huawei’s equipment from Britain’s infrastructure in under 10 years.

BT chief executive Philip Jansen, speaking to the BBC, also warned that Britain could suffer “outages” and potential security risks if the sector was forced to stop dealing with the Chinese firm.

British Prime Minister Boris Johnson will reportedly decide this week whether to phase out the Chinese technology giant’s equipment from the UK’s 5G network because of persistent spying concerns.

The BBC on Monday reported that the government could stop installing Huawei equipment after 2021, and could possibly try to remove all of the company’s 5G kit by 2025.

“If you were to try and not have Huawei at all (in 5G activities) ideally we’d want seven years and we could probably do it in five,” BT’s chief executive Philip Jansen told BBC Radio 4’s Today programme when asked about the timeframe.

“Huawei has been in the telecoms infrastructure for about 20 years and a big supplier to BT and many others in the UK telecoms industry,” noted Jansen.

Johnson’s government has meanwhile received a damning security agency review about the long-term safety of Huawei.

The British review was triggered by new US sanctions that blocked Huawei’s access to US chips and semi-conductors, which are at the heart of 5G networks.

The UK had allowed Huawei to roll out up to 35 percent of Britain’s 5G network under the condition that it stays out of “core” elements dealing with personal data.

But the latest US restrictions raised the possibility of Huawei having to switch from trusted American suppliers to alternatives whose safety could not be guaranteed by UK security agencies.

Johnson is coming under growing political pressure to dump Huawei and adopt a tougher line with China for its treatment of Hong Kong and repression of ethnic Uighurs in the western Xinjiang region.