Technology   In Other news  13 Jun 2020  Will someone help them out? Without smartphones, these poor students are missing online classes
Technology, In Other news

Will someone help them out? Without smartphones, these poor students are missing online classes

No one in the families of these seven students, and others like them, owns or can afford a smartphone. 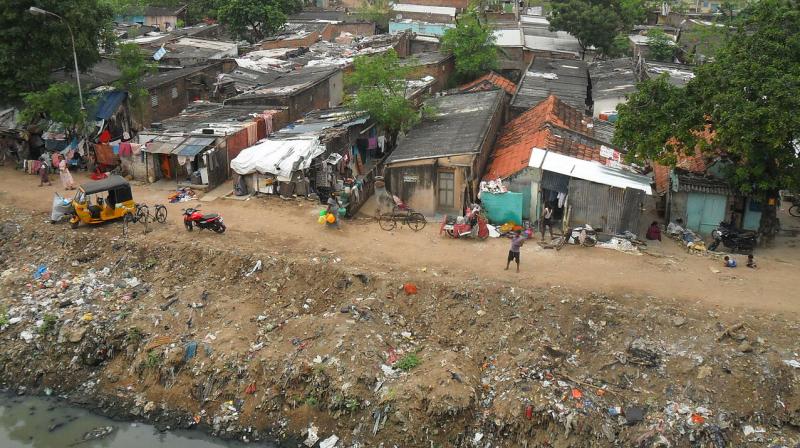 Poor people in Chennai living on the banks of a canal in makeshift homes. (Photo | Wikimedia Commons - Milei Vencel)

Chennai: As online classes kindled a public debate on inequality and many colleges and schools in the state launched app-supported online education for use on mobile phones hoping it would make online education more inclusive, many under privileged students continue to suffer as they don’t have the means to buy a smartphone.

This newspaper spoke to at least seven students from weak economic backgrounds in the city who have missed online classes for a month now as no one in their family owns a smartphone.

Gayathri, a third semester BA English literature student at Chellammal Women’s College in Guindy here, says she kept asking her parents for a smartphone as she was lagging behind her classmates. Her father Siva, a tailor near his house at Thiruvalluvar Puram, West Tambaram, became unemployed when the shutdown was imposed to curb the spread of the coronavirus.

Siva says he can’t afford to spend Rs 10,000 in this situation. “I have spoken about it to her teachers as well. But they insisted on getting a smartphone. I am helpless,” he says.

Gayathri has now made peace with her situation. “I prepare notes of the daily online classes by talking to friends over phone and getting the information from them,” she says.

Lalitha, a plus one student at Mount Zion Matriculation Higher Secondary School, Selaiyur, DC caught up with, had the same story to tell. Her teachers continue to run online classes, but she helplessly sits at home at Lekshmipuram near Tambaram.

Moshe, her father, is a sanitary worker at the same school. He has not been paid for the past three months as the school has been shut. She says every day classes are held online for an hour. “I have already communicated my helplessness to the teachers,” she says.

Moshe says the teachers are unwilling to hear out his helplessness and nobody is helping out. He asks the government to build up the required infrastructure before starting online classes.

Lalitha’s siblings Prem Kumar and Jhansi Rani, are final year graduation students. “They’re not missing out only because no online class have started for them,” Moshe says.

It has been a week since online classes began but Manishya, a plus-two student at Corporation Girls Higher Secondary School, Choolai here, has not attended any of the classes. Her father Manikandan, a daily wage worker, expressed deep concern over the future of his daughter. He has been striving hard to feed his wife and four daughters for the last three months.

“Buying a new smartphone is impossible in this situation,” he says.

Right activists and organisations have already pointed out that online class are creating a divide between students. While the 86th amendment to the Constitution of India in 2002 provides Right to Education as a fundamental right to children aged between 6-14 years, economic disparities prevent them from enjoying the fundamental right.

Jayaram Venkatesan, Convener, Arappor Iyakkam, an NGO that works for equality, pointed out that the online classes would only help further widen the gap already existing in the quality education. “If the government continues with the policy of online classes, then students from rural areas should be given a laptop or tablet,” he said.