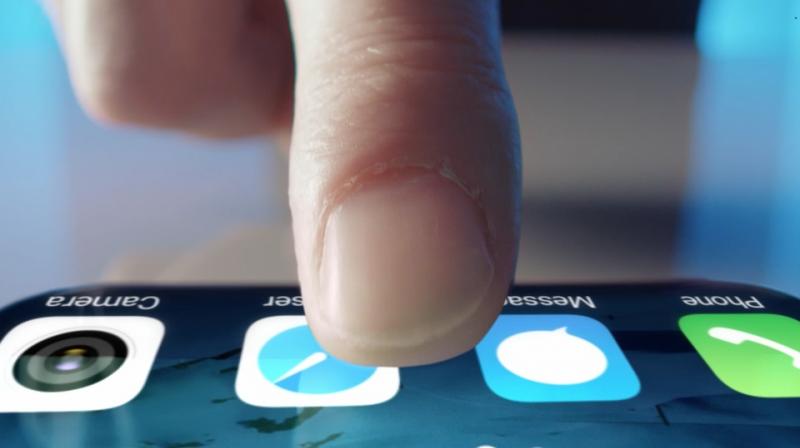 Synaptics even claims that the fingerprint technology is twice as fast as 3D facial recognition, clearly taking a dig at Apple’s FaceID. (Representational Image: Vivo)

Before the Samsung Galaxy S8 and the Apple iPhone X were unveiled, the world of smartphone rumours continuously insisted that both these flagship smartphones were slated to sport on-screen fingerprint scanners. Of course, both the phones offered a different take on the sensor, with Apple opting to term it as obsolete technology. Despite Vivo showcasing the technology a few months ago, the craze for the technology never caught on. However, Synaptics has come with an on-screen fingerprint sensor that promises to provide the convenience of front-mounted scanners in modern-day displays.

Called the Clear ID, this new optical fingerprint scanner system is touted to be “faster than alternative biometrics such as 3D facial, highly-secure with SentryPoint technology, and very convenient with one-touch/one-step biometric authentication directly in the touchscreen display area of smartphones,” according to Synaptics. Synaptics even claims that the fingerprint technology is twice as fast as 3D facial recognition, clearly taking a dig at Apple’s FaceID.

While an in-screen scanner could surely improve convenience as well as looks of a smartphone, it is expected that such a technology could take time to reach the consumer. However, Synaptics’ press release also states that its technology can be used in all devices with Infinity Display. Samsung officially terms its curved bezel-less display as Infinity Display and it could be a teaser that the Korean firm may use this technology in the upcoming Galaxy S9.

However, the Galaxy S9 is only a month or two from debuting, meaning that a concrete chance of finding this on the Galaxy Note 9 is a possibility. Synaptics also says that other top manufacturers are already mass producing the sensor, meaning that flagship offering from Xiaomi, Oppo, Vivo and Lenovo could see this technology implemented in them. Will this technology be as good as conventional sensors and rival Apple’s FaceID in the real world? Only time can tell. Stay tuned for more information regarding the same.