Vietnamese e-commerce and e-payment companies have been “flooded” with private equity in the past couple of years. 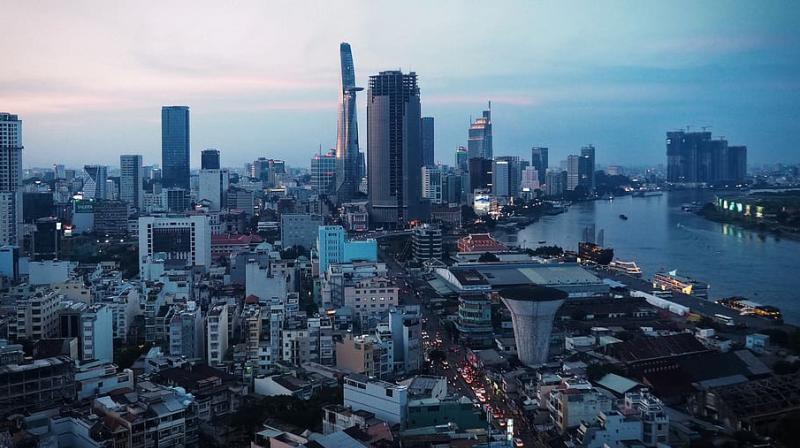 Ho Chi Minh City: A tech-savvy population, a fast-growing economy, and the perks of being first in an emerging market—Vietnamese entrepreneur Le Thanh saw the potential in booming Ho Chi Minh City for his startup transforming coffee grounds into masks.

The 35-year-old chemistry graduate worked for two multinationals before stepping out on his own three years ago to launch ShoeX—a sustainable footwear company which nimbly pivoted to masks as the coronavirus pandemic struck.

When he entered the workforce, Thanh was drawn to the higher salaries and no-nonsense working culture at foreign companies he assumed were a cut above local firms, tangled up in rules imposed by his country’s staid Communist rulers.

“But now I see there are more openings in a place where things are a bit murky,” Thanh told AFP from his buzzing Ho Chi Minh City co-working space.

He is not alone in believing Vietnam—and especially its southern commercial centre—is poised to become an innovation hub thanks to its young, educated and digitally active population.

Vietnamese e-commerce and e-payment companies have been “flooded” with private equity in the past couple of years, said Eddie Thai, a Ho Chi Minh City-based partner at venture capital firm 500 Startups.

Their rise has been stellar.

Although Indonesia remains the leader, the amount pumped into Vietnam startups pushed ahead of Singapore for the first time in 2019, the venture capital firm said.

The gold rush comes in spite of cumbersome regulations for foreigners, Thai told AFP, making it difficult to invest and repatriate capital.

And although Thai said investment had paused due to the coronavirus pandemic, Vietnam is well-placed to bounce back.

Its economy unexpectedly grew in the second quarter and the International Monetary Fund (IMF) predicts a 2.7 percent expansion for the year despite the global downturn.

The country also has a huge pool of software engineers who cost substantially less than their Indian or Chinese peers.

And unlike the tech talent in wealthy startup hubs such as San Francisco or London, they understand what consumers in the emerging world want, Thai says.

Air pollution—and then the outbreak of COVID-19—prompted Thanh to take a gamble on sourcing Vietnamese coffee waste material to turn it into masks.

His cutting edge design uses woven fibre made from coffee grounds to make a washable outer layer, with a biodegradable filter inside.

“I took a risk and hoped it would succeed,” he said, adding that there had been a surge in orders of his masks from Europe, the US and Japan since they launched in April.

A similar strain of environmental innovation courses through many other smaller startups in a country among the most vulnerable to climate change.

They exploit the high tech literacy of the population—70 percent of which is under 35, according to the World Bank—to sell new products to a receptive market.

Bui Thi Minh Ngoc wanted to find a sustainable alternative to standard menstrual products, searching for months to find the right organic cloth for her sanitary pad business GreenLady Vietnam, which she operates largely on Facebook.

“In Vietnam, there are not many specialising in period products and reproductive health,” the 26-year-old said as she checked material samples at a tailor in Hanoi.

“But I like to do things which are difficult.”

While Vietnam is yet to produce any truly “disruptive technology”, said Trung Hoang of local investment platform VinaCapital Ventures, China has shown what is possible.

China—an autocratic one-party state—has managed to incubate dynamic tech behemoths like Alibaba and Tencent that have risen to the forefront of the industry.

“I am in this exciting and young environment. It’s inspired us all.”