The current breach took place at the Sabrea Hospitality Solutions, which is a reservation service used by the Trump Hotels. 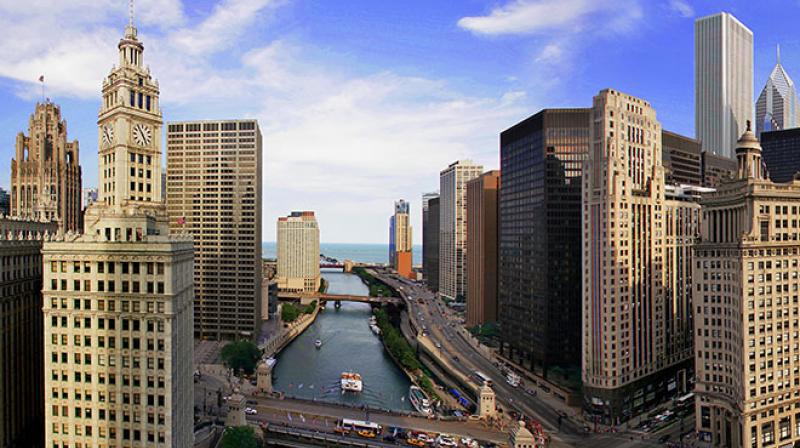 The incident occurred in less than a year after Trump Hotels had settled with victims of a security breach.

Guests at 14 of Trump’s Hotels have reported that their credit card details have been stolen. The news comes directly from the Trump Hotels website, which mentions that they have learned of an incident involving “unauthorized access to guest information associated with certain hotel reservations.” The incident occurred in less than a year after Trump Hotels had settled with victims of a security breach, reported Gizmodo.

The current breach took place at the Sabrea Hospitality Solutions, which is a reservation service used by the Trump Hotels. The hotel confirmed that they were not hacked themselves. The Washington Post reported that the breach has affected around 15 per cent of the daily bookings on the reservation system.

The hotel chain is owned by the US President Donald Trump. The breach took place last month and the hotel was notified on June 5. The notification mentioned that an unauthorized party had gained access to the data, dating back to August 10, 2016, and that the data was last accessed on March 9, 2017.

“The Sabre SynXis Central Reservations system (CRS) facilitates the booking of hotel reservations made by consumers through hotels, online travel agencies, and similar booking services. Following an investigation, Sabre notified us on June 5, 2017 that an unauthorised party gained access to account credentials that permitted access to payment card data and certain reservation information for some of our hotel reservations processed through Sabre’s CRS. The investigation found that the unauthorized party first obtained access to Trump Hotels-related payment card and other reservation information on August 10, 2016. The last access to this information was on March 9, 2017,” stated the company in the letter online.

Details of the reservation hotels that were affected are as below: 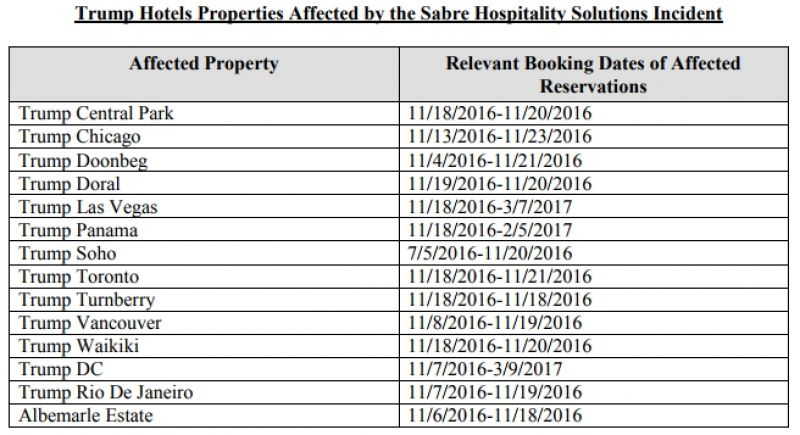 “We are working with Sabre to address this issue. We understand that Sabre engaged a leading cybersecurity firm to support its investigation. Sabre indicated that they also notified law enforcement and the payment card brands about this incident,” added the company.

Just last September, Trump’s hotels agreed to settle the penalties worth $50,000 aftera series of alleged security breaches compromised payment information to the tune of 70,000 cards, which was said to be accessed in May 2014.

This article was first published on Deccan Chronicle