Technology   In Other news  12 May 2020  Can't remain an Average Joe online, Biden's gotta go 'social' to beat Trump in the election
Technology, In Other news 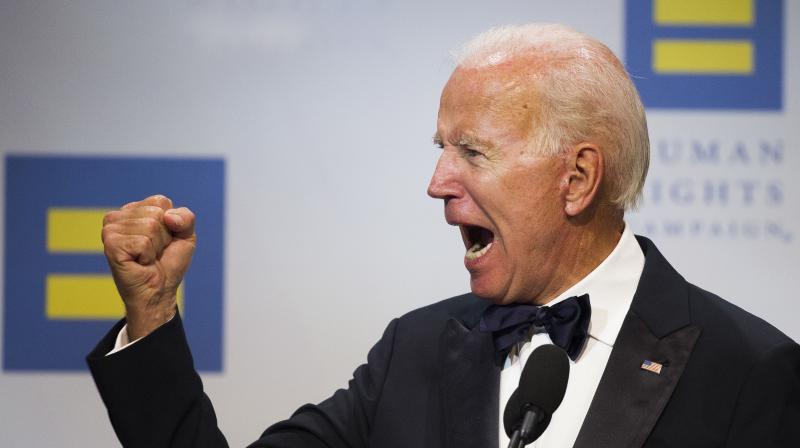 Washington: Joe Biden is rapidly scaling up his digital campaign as he scrambles to compete with Donald Trump’s formidable online operation, but Democrats say the presidential hopeful must move beyond flat speeches delivered from his basement.

The Democratic Party’s presumptive nominee is doubling the size of his digital team—currently at a reported 25 people—and his campaign said Monday it is launching a flood-the-zone approach across multiple online platforms.

But with November’s election less than six months away and traditional campaigning halted due to the coronavirus pandemic, Biden is in an awkward spot.

While Biden talks into a camera in an empty basement studio in Delaware where he is under stay-at-home orders, Trump is centre-stage, acting—successfully or not—to address the crisis and reopen the shuttered economy.

The contrast was driven home last week when Biden’s virtual rally in Florida was marred by technical glitches.

Some Democratic campaign experts have described Biden’s basement tapes as too static and packaged.

The 77-year-old former vice president will need to rapidly adjust to new political realities if he is to compete with a president whose data-mining and voter targeting operations are vast.

The 2020 election is “a battle for the soul of this nation,” Biden likes to say.

“But it’s also a battle for the soul of the internet. And it’s a battle we intend to win,” Biden’s digital director Rob Flaherty tweeted Saturday as he announced several new hires.

Biden’s campaign argues that Biden reflects Americans’ desire for a leader with skills and experience to get the job done.

The message? “He’s ready to lead in a moment of crisis like this, and that he has the compassion and empathy that Trump has been sorely lacking,” Biden deputy rapid response director Mike Gwin told AFP.

Just how Biden gets that message out may be the campaign’s defining question.

“In order to break through and be heard, (Biden) will have to up the tempo of his campaign, fully utilise his army of powerful surrogates and embrace a new suite of virtual, data-driven tools and creative tactics.”

The campaign argues it is on its way, with Biden videos, ads or events viewed online 112 million times since mid-March. But Trump’s staggering digital following dwarfs that of Biden, who will need to embrace  Instagram, YouTube, TikTok and Snapchat in order to compete.

Digital infrastructure group Acronym says Trump’s campaign has spent $55.9 million on Facebook and Google advertising since 2018, while Biden’s has spent $19.6 million on those platforms since launching last year.

Biden has nevertheless pulled in hefty donations, including an eye-popping $60.5 million in April, his campaign said.