Technology   In Other news  12 May 2018  Microsoft is willing to bring iMessage to Windows 10, if Apple agrees
Technology, In Other news

Microsoft is willing to bring iMessage to Windows 10, if Apple agrees 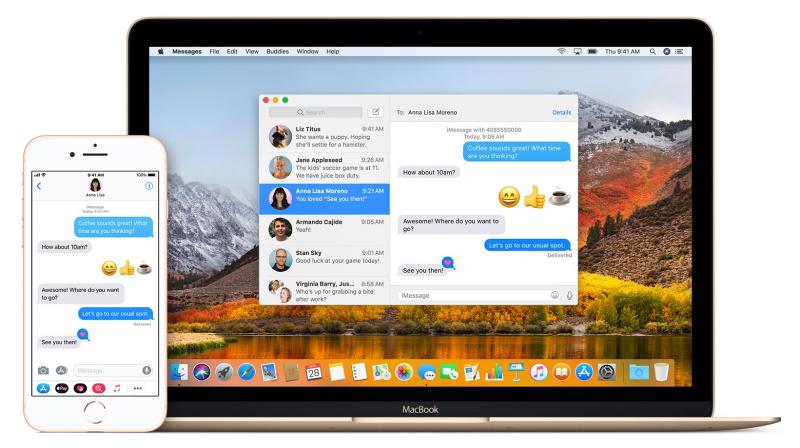 “Apple does make it a tad harder for messages, but we’re very willing to work with Apple.”

If there’s one thing that’s unique to Apple’s ecosystem, it has to be iMessage — a service that is single-handedly responsible for retaining most consumers on their ecosystem. Rival platforms such as Android and Windows don’t have similar services, but they are trying different ways to prepare a strong contender for the service. Microsoft has been aggressively trying to integrate Windows 10 with both Android and iOS to keep its desktop OS in relevance. The next step for the Redmond giant is integrating Windows 10 with iMessage for a seamless experience and Microsoft really wants to make it happen.

In an interview with The Verge, Microsoft’s Joe Belfiore and Shilpa Ranganathan expressed their interest to bring iMessage to Windows 10. Microsoft recently announced the powerful Your Phone app for Windows 10. The app will be able to sync messages, notifications and photos with your smartphone. However, while it’s easy to do that for Android, Apple’s closed ecosystem doesn’t allow Microsoft to integrate iMessage with the app. Therefore, Microsoft is unable to provide the same levels of connectivity it can manage with Android, courtesy of its open source nature.

However, Microsoft is keen on working with Apple for figuring out a solution to the issue. “Apple does make it a tad harder for messages, but we’re very willing to work with Apple,” Ranganathan said. “I want to do this in a supported way with a respect for the ecosystem we’re building on and at the same time make it a delightful experience. Messages are one where we’re not currently where we need to be compared to Android, but we need to work with Apple,” he added.

Microsoft hasn’t approached Apple with the idea yet and the idea of integrating their core service with a third-party service is something Apple seemingly would discourage. However, the recent release of iTunes for the Microsoft Store gives us a hope that we might be able to see iMessage on a non-Apple device in the future.