Hackers are expected to see a fair amount of profits with fraudulent filing returns. 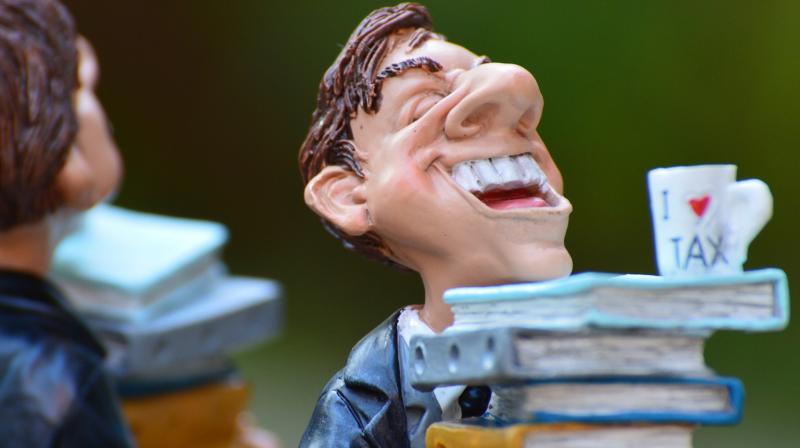 The information gets processed, important information such as social security numbers, tax forms, driving license numbers, names, addresses, payment card details and a lot more such information sells for as little as $50 (approx Rs 3,500). Prices sometimes also drop below $15 if sold in bulk.

Most hate to do their taxes each year — and this is a fact. However, if you are lazy enough, there are many hackers around the internet who would love to take charge of helping you with filing your taxes.

Shocked? Yes, you read right. We have used the word ‘Hackers’ instead of a CA because there are hackers that spam you with emails and information that they can help you file your taxes online for a small fee, but eventually they swallow your details and your tax refunds too.

According to a report filed by Cnet, the dark web buys and sells personal financial information to file taxes using other people's names for as low as $40 in bitcoins. They manage to make a hefty profit on this information itself since the average tax refunds in the US are around $2,900. With the tax deadline being April 18 in the US, hackers have already started looking for such information from as early as January itself.

Hackers have been sending around 300 to 1,000 scam emails and messages each week to grab a potential customer. If they can manage to file a fraudulent tax return before the victim, they are lucky. If not, another victim is in their list. "The best thing, the only thing the consumer can do to protect themselves is to file very early," said Haywood Talcove, CEO of LexisNexis' government risk solutions unit, reported Cnet.

As for March 31, IRS in the US has already received more than 93 million tax returns and expects to see 152 million closures by April. And with around $213 billion already in refunds, hackers are expected to see a fair amount of profits with fraudulent filing returns.

This type of scam is something that users now need to worry. Phishing has become a powerful tool for hackers and the information that is stolen is used to creare fraudulent credit cards.

Cnet also reported that an IBM Security Report found tax-themed scam/spam emails that fish for personal and sensitive information soared by a whopping 6,000 per cent between December 2016 and February 2017. Cyber criminals flooded inboxes with fake IRS emails and malware that disguised as legitimate tax filing software. The disguised scam emails claim that the user has a tax refund, luring the victim into clicking on the link or a document loaded with malware. The information you enter on the scammed link or document finally ends up on the black market for dirt cheap.

The information gets processed, important information such as social security numbers, tax forms, driving license numbers, names, addresses, payment card details and a lot more such information sells for as little as $50 (approx Rs 3,500). Prices sometimes also drop below $15 if sold in bulk.

The IRS has been warning various departments about the ongoing scam. "This is one of the most dangerous email phishing scams we've seen in a long time," IRS Commissioner John Koskinen said in a statement.

The scam is definitely been operational here in India, but not on a huge scale as yet. With the Indian government now going digital with almost every information being linked with each other, the country could soon see such phishing emails ahead.