Technology   In Other news  12 Feb 2019  McAfee reveals users cybersecurity habits mirror Beck’s, from Netflix series You
Technology, In Other news

McAfee reveals only one in 10 (12 per cent) people remotely erased data from lost or stolen devices. 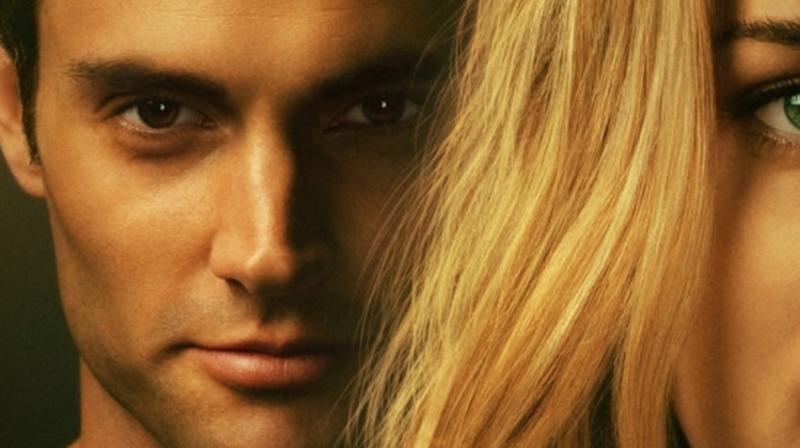 You’s protagonist, Joe, showed just how easy it can be to track someone via a stolen device. (Photo: Netflix)

Netflix’s hit series You has got people discussing their online privacy and traceability. However, McAfee, the device-to-cloud cybersecurity company, discovered less than a fifth (17per cent) of Brits who lost or had their phone stolen (43per cent) made any attempt to prevent criminals from accessing data stored on the device or in the cloud.

Only 17per cent said they remotely locked or changed passwords and a mere 12per cent remotely erased data from the lost or stolen device to prevent it from getting into the wrong hands.

You’s protagonist, Joe, showed just how easy it can be to track someone via a stolen device still connected to the cloud and McAfee warns this is a stark reminder to change passwords, lock, and wipe a phone the moment it goes missing. In the show, this residual connectivity resulted in Joe tracking Beck’s live location and gaining access to her social media accounts and private messages.

Chief Scientist and McAfee Fellow, Raj Samani comments: “Every day, people leave streams of information about themselves online without considering the risks of their digital footprint. Our research discovered that 60per cent of people disclose their location in some form when posting online, for example tagging the restaurant they are at on Instagram Stories. Even more concerning is that 15per cent has posted photos of the front of their house to social media.

“If this information gets into the wrong hands, it can be used to paint a detailed picture of someone and offer direct access into their lives. Although ‘You’ is thankfully a fictional show, it served to highlight how information we share online can have scary repercussions if it ends up in the hands of criminals.”

With Valentine’s Day just around the corner, are we all at it?

McAfee’s study revealed more than three quarters (76per cent) of Brits trawl through social media to find out more about people they are interested in. And if the first social media account they head to is private, more than half (53per cent) will search for another account to see if they can get access to information or updates.

Brits also seem to be taking inspiration from Ariana Grande and saying, “thank u, next”, to their ex-partner. Respondents were twice as likely to look up someone they are romantically interested in more than once a week than their ex. That said, the findings showed men are three times more inclined to look up exes (16per cent) than their female counterparts (6per cent).

People often find out more than they bargained for, with 15per cent saying they discovered where someone lived by looking them up online. Perhaps this is not entirely surprising, considering 15per cent of people has posted a picture of the front of their house online.

Unfortunately, all this online searching can cause heartbreak too, as one in 10 (10per cent) Brits discovered someone was cheating on them and 16per cent discovered their ex had a new partner. Despite Instagram’s growing popularity, Facebook is still the most popular way to look up an ex (53per cent) or romantic interest (63per cent), making it more than twice as popular as Instagram.

Raj Samani added: “Online dating has become the norm and it’s wise to attempt to verify a love interest’s identity before meeting them in a public place. Knowing this though, social media users need to consider what and how much information they’re sharing. Restricting who’s able to view personal information, such as your date of birth, will help ensure that only people you know and trust are able to access details which can put your identity at risk and be used by cybercriminals to conduct fraudulent activity.”

Tips from McAfee about how to protect your information online:

Watch out for geo-tagging. Many social networks will tag a user’s location when uploading a photo, as well as offering users the option to tag their location when posting. You should ensure this feature is turned off to avoid disclosing your location to criminals or people you would not want to know your whereabouts.

Don’t overshare on social media. Oversharing online can paint a picture of us very quickly. Keep sensitive data such as your date of birth, address, job, or names of family members private. Also, rethink whether you really want your relationship status made public.

Sharing is not always caring. Only share photos and other social media posts with your intended audience. If you have blocked an individual, make sure they stay out of your social media feeds. Services like Facebook and Instagram have features that allow posts to be viewed only by confirmed connections. Check your privacy settings regularly, as they often change.

Be careful who you befriend online. Only accept friend requests from people you know in real life. Often hackers or criminals will send requests so they can see the information you are sharing to help them in access to your private information.

Set up unique logins for each app you are using. Setting up a different password for each app or account you use is a great way to protect yourself and your data online. If you no longer use a social media account, delete your information and deactivate your account

McAfee commissioned CensusWide to conduct a survey of 1,006 adults between the ages of 18-60 in the UK, into their habits when searching for people online and protecting their own data.