Xiaomi could be readying itself to launch the modular Mi TV 4 in India on 14th of February. 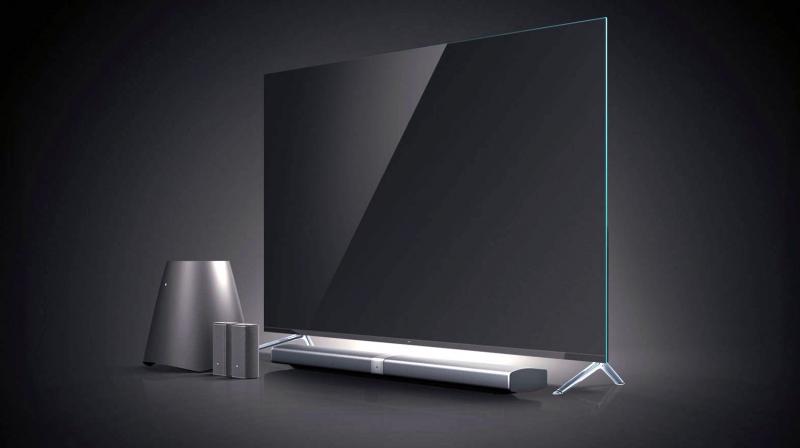 The Mi TV 4 is expected to be available in India in the 65-inch frame size.

In what comes as surprising news, Xiaomi could probably be launching their first Television for the Indian market. The company has released a teaser on its social media channels that suggests a TV with ultra-thin frames. The company will launch the TV on 14th February.

The teaser shows a big glossy display with a neon blue frame, which is a feature of the Mi TV 4. The Mi TV 4 is already available in China and boasts of an ultra-thin narrow-bezel frame. It is equipped with Dolby Atmos 3D surround sound. The Mi TV is a modular television, which means that motherboard and the speakers are housed in a separate unit while the display is a separate unit, which helps Xiaomi achieve an ultra-thin profile. The Mi TV 4 is expected to be available in India in the 65-inch frame size. Expect Xiaomi to price the Mi TV 4 competitively.

Mi fans! Is it a bird? Is it a plane? #WhatIsThat
Something wonderful is about to happen this Valentine's Day. Stay tuned!
Register now for the live stream - https://t.co/l4bdUpyerC pic.twitter.com/99ODzuVHML

Apart from the TV, the company is also expected to launch a new Redmi smartphone. Rumours have been indicating at the company readying to launch the Redmi Note 5 for the Indian market, which is expected to be a repackaged Redmi 5 Plus. Xiaomi is also rumoured to launch a more powerful ‘PRO version’ of the Redmi device at the event. All the Xiaomi products will be unveiled on 14th February. Stay tuned for all the latest news on Xiaomi products.