How our homes became smart: The history of home automation

The 90s were a significant time in the history of home automation. 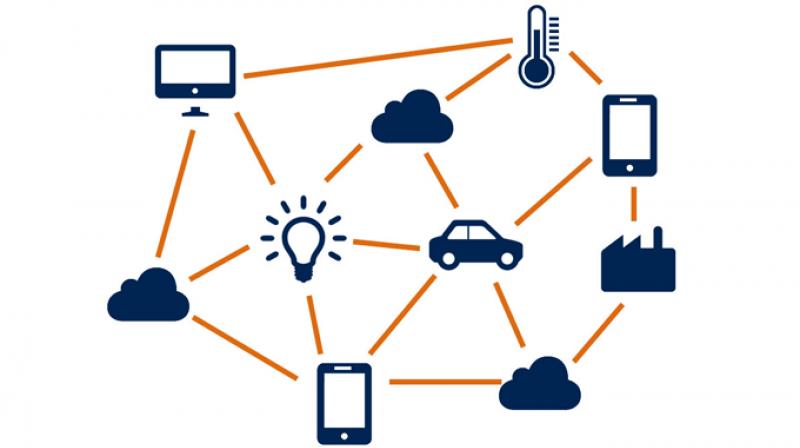 Research shows that the global smart home automation market is expected to reach a whopping 21 billion US dollars by 2020.

Black Mirror, the internationally acclaimed, popular Netflix series, has struck a chord with viewers all around the world thanks to its thought-provoking, dystopian tales about the near-future. For instance, its ‘White Christmas’ episode shows a smart home, which is fully controlled by an adorable, egg-shaped AI named ‘Cookie’. Although the series as a theme tries to paint a bleak picture of technology’s role for dramatic purposes, come to think of it, rapidly transforming technology has brought nothing but convenience to us till now. For instance, the concept of ‘smart homes’ which ‘White Christmas’ dealt with, in reality pose no danger to humanity. If anything, they make our lives easier and more convenient.

As 2019 dawns on us, entirely connected, easy-to-control smart homes are becoming increasingly commonplace. Research shows that the global smart home automation market is expected to reach a whopping 21 billion US dollars by 2020. However, the concept, either at a blueprint stage or through pilot projects, has been around for a while now. Currently, however, it has become commonplace and might soon be the way we live in the future. Pulak Satish Kumar, COO, Puresight Systems speaks to Deccan Chronicle on how home automation came into existence and how it will change the future ahead. Let’s briefly explore the history of home automation through the ages to understand its evolution and what surprises automated homes hold for us in the future:

Man’s trust with machines had begun during mid 1700s with the arrival of the Industrial revolution. However, it was only during the 1900s that automation made giant strides into our homes and started influencing our day-to-day lives. For instance, the first vacuum cleaner was invented by Hubert Cecil Booth of England in 1901. It was also during this time that factory workers and executives living across suburban towns and villages could not really afford the high costs of domestic workers, and wanted to look for a convenient, cost-effective option. Thus was born the demand for modern electrically-powered home appliances such as vacuum cleaners, toasters, blenders and sewing machines, which started making their way to the affluent households during this time. And, it will not be an exaggeration to say that these products paved the way for what we call a connected home today.

The House of Tomorrow exhibition at the Chicago World’s Fair in 1933 was a landmark event in the history of automation as it turned heads by displaying a wide array of futuristic devices including electric lights with adjustable dimming feature, built-in dishwashers, central air conditioning system, electric garage door openers to name a few. While at that time these products seemed like a distant dream, they have now become an essential part of modern houses.

In 1939, just before the Second World War, speculations continued to grow as the Popular Mechanics magazine, in an article titled "The Electric Home of the Future" described cooking devices that use "short-wave radio frequency" and "electrical means of recording news reports and pictures as soon as the news happens." Although work on home automation came to a halt as most of the research was focused to augment the war efforts, these predictions proved true and these products turned into a reality that finds its place in every household today.

Taking giant strides- During the 1960s and beyond

Then came the world’s first home computer – ECHO IV or the Electronic Computing Home Operator. Made by an engineer named Jim Sutherland, it was claimed to have the ability to control a home’s temperature, turn the appliances on/off and make shopping lists. While the functionality of ECHO IV was questionable, it certainly caught the media’s attention. It was also during the early 1960s, specifically 23rd September, 1962, that ‘Jetsons’ the popular sci-fi cartoon which defined ‘futuristic living’ for a generation, was aired for the first time.

In 1975, a Scottish company named Pico Electronics launched the first home automation technology – the X10. Still in use today, it enabled people to control various items in their households. Thanks to the X10 system, consumers could control all electrical appliances and devices to automate a series of tasks through transmitters. The only downside was that since the system relied heavily on power lines, it was susceptible to electrical interference.

In 1984,The National Association of Home Builders coined the term “Smart House” in 1984 to consider the idea of utilizing technology in enhancing the efficiency of home design manifold. At that time, “Smart House” was also known as “cybertecture," basically a combination of computer control and architectural design.

Transforming at the speed of thought-1990s to the present

The 90s were a significant time in the history of home automation. The invention of microcontrollers dared us to imagine a future where smart homes would be the norm. The concept of smart homes began influencing pop culture as well. For instance, Disney’s 1999 flick “Smart House”, depicted a household entirely controlled by an artificial intelligence system called PAT. However, it was not until 2000s that the smart home revolution started gaining its momentum. In 2010, Tony Fadell, who is better known as the designer of iPod, introduced his own company “Nest” to build advanced, Wi-Fi enabled smart devices like smoke alarms and thermostat. 2 years later, SmartThings, an app to monitor and control smart devices, home appliances, TVs, and speakers registered on the server. In 2014, Samsung bought the company for a whopping $200 million. In the same year, the Taiwanese tech giant joined hands with Dell and Intel to create the Open Interconnect Consortium, an industry standard to define connectivity requirements for the potentially billions of IoT devices we are surrounded with.

Fast forward a couple of years, the home automation industry was taken aback with the arrival of AI-based smart home speakers like Google Home, Amazon Echo devices, and more recently Apple’s HomePod. Along with smart speakers, robotic cleaners, smart lights, cameras and locks have become a part of the way we complete everyday tasks, and we have grown to accept their presence gladly. With numerous companies now coming up with different kinds of smart home products, smart homes are no longer considered a figment of our imagination. In fact, looking at the rapid progress of technology, living the Jetson’s life is a really close possibility.