XPhone, the first blockchain smartphone was showcased at the event. 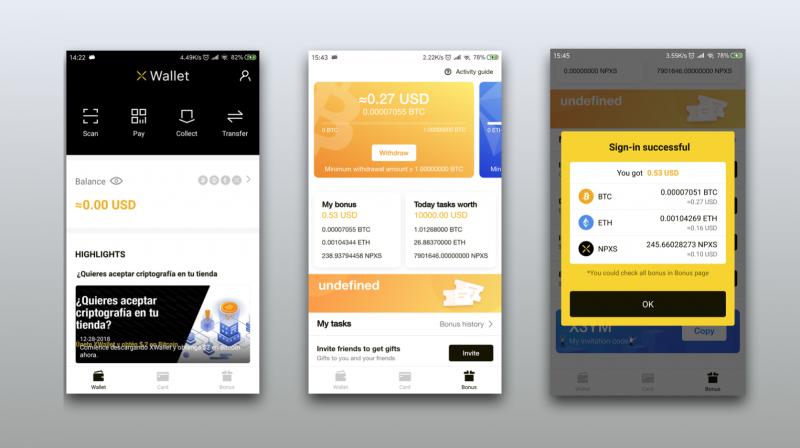 At  Consumer Electronics Show 2019,  Pundi X, a global developer of blockchain-powered devices, introduced the XWallet mobile app which serves as a bridge to connect regular digital asset wallets with the Pundi X digital payment ecosystem. Pundi X also showcased a series of their blockchain enabled devices such as XPOS - Point of Sale devices that facilitates cryptocurrency transactions at any physical stores and the XPhone Prototype - a blockchain-based OS and transmission protocol for mobile devices, that allows users to make calls, send messages and transmit data via a fully decentralized blockchain network.

The XWallet app, which was officially launched late last year, after undergoing a period of beta testing is complementary to the XPASS card and/or can be used independently of it— is a critical addition to Pundi X blockchain ecosystem. It gives consumers complete control over the digital assets at their fingertips and allows them to make cardless/cashless digital asset transactions at their favorite retail stores.

Zac Cheah, CEO and Co-founder, Pundi X said, “CES has long been regarded as the platform to showcase cutting edge technologies and innovations from around the world which consumers will use in coming years. At Pundi X, we strive to make blockchain tech accessible to improve people’s everyday lives. CES is the perfect place for us to showcase our blockchain tech via the XPOS, XPASS card, XWallet app, and the XPhone Prototype as examples of how blockchain is already changing the ways in which we transact, share and communicate.”

New features added in the new version of XWallet:

-To activate this feature, the merchants will be asked to submit an XWallet Merchant application. Once the application gets approved, the “Collect” page would be marked with “Pundi X verified merchant”

-This feature will generate the greatest interest to the users is the new loyalty scheme that provides incentives to increase usage of the app. The more tasks the users complete in the app, the more tokens they will be rewarded.

-Specifics of the loyalty reward program for the XWallet will be released inside the app. With XWallet, Pundi X will be able to use blockchain to revolutionize rewards programs entirely by giving consumers a fair share of what they put in.

The new version of the XWallet app is available for free download on the Google Play Store.