Central bankers and critics of the cryptocurrency have been ringing the alarm bells over the surge in the price. 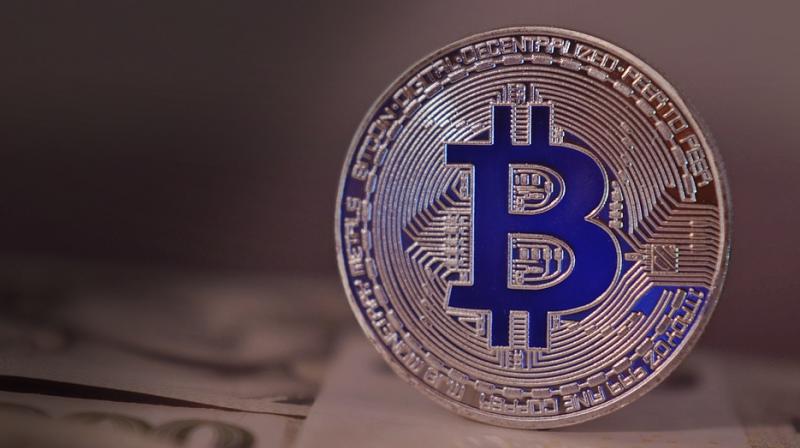 While bitcoin’s price rise mystifies many, its origins have been the subject of much speculation.

Bitcoin futures jumped more than 20 percent in their eagerly anticipated US debut, which backers hope will encourage wider use and legitimacy for the world’s largest cryptocurrency even as critics warn of the risk of a bubble and price collapse.

The launch on December 10 may have caused an early outage of the Chicago-based CBOE Global Markets’ website. The exchange said that due to heavy traffic on the CBOE Global Markets website, the site “may be temporarily unavailable.”

On the Luxembourg-based Bitstamp, bitcoin prices surged 7 percent to $15,720. It is up more than 1,400 percent so far in 2017, and its gains in the past month have been rapid. Experts had worried that the risks associated with the currency’s Wild West-like nature could overshadow the futures debut, but so far the price action has been unlike the wild swings seen in the past few weeks. Bitcoin tumbled 20 percent in 10 hours on Friday.

“Even if there is an institution or institutional-sized trader out there, they are going to want to make sure that the mechanics work first, just for the futures,” said Ophir Gottlieb, the chief executive officer of Los Angeles-based Capital Market Laboratories.

“I think the excitement will come when the futures market is established. That can take a few days,” Gottlieb added.

The futures are cash-settled contracts based on the auction price of bitcoin in US dollars on the Gemini Exchange, which is owned and operated by virtual currency entrepreneurs and brothers Cameron and Tyler Winklevoss. Market participants said the launch of the futures contract wouldn’t necessarily reduce volatility in the cryptocurrency.

“There are no ways to arbitrage between the market and other exchanges, CBOE cannot settle Bitcoin as far as I know,” said Leonhard Weese, president of the Bitcoin Association of Hong Kong.

While bitcoin’s price rise mystifies many, its origins have been the subject of much speculation. It was set up in 2008 by someone or some group calling themselves Satoshi Nakamoto and was the first digital currency to successfully use cryptography to keep transactions secure and hidden, making traditional financial regulation difficult if not impossible.

Central bankers and critics of the cryptocurrency have been ringing the alarm bells over the surge in the price and other risks such as whether the opaque market can be used for money laundering.

“It looks remarkably like a bubble forming to me,” the Reserve Bank of New Zealand’s Acting Governor Grant Spencer said on a television programme run on Sunday.

“We’ve seen them in the past. Over the centuries we’ve seen bubbles and this appears to be a bit of a classic case,” he said.

Many investors have stood on the sidelines watching its price rocket. However, it is possible to buy bitcoin without having to spend the full price of one coin. Bitcoin’s smallest unit is a Satoshi, named after the elusive creator of the cryptocurrency. Somebody who invested $1,000 in bitcoin at the start of 2013 and had never sold any of it would now be sitting on around $1.2 million. Heightened excitement ahead of the launch of the futures has given an extra kick to the cryptocurrency’s scorching run this year. The CME Group is expected to launch its futures contract on December 17.

Bitcoin fans appear excited about the prospect of an exchange-listed and regulated product and the ability to bet on its price swings without having to sign up for a digital wallet. Others, however, caution that risks remain for investors and possibly even the clearing organizations underpinning the trades.

“You are going to open up the market to a whole lot of people who aren’t currently in bitcoin,” said Randy Frederick, vice president of trading and derivatives for Charles Schwab in Austin, Texas.

The launch has so far received a mixed reception from big US banks and brokerages, though. Several online brokerages, including Charles Schwab Corp and TD Ameritrade Holding Corp, did not allow trading of the new futures immediately. The Financial Times reported on Friday that JPMorgan Chase & Co, Citigroup Inc would not immediately clear bitcoin trades for clients.

Goldman Sachs Group Inc said on Thursday it was planning to clear such trades for certain clients. Bitcoin’s manic run-up this year has boosted volatility far in excess of other asset classes. The futures trading may help dampen some of the sharp moves, analysts said.

“Hypothetically, volatility over the long run should drop after institutions get involved,” Gottlieb said. “But there may not be an immediate impact, say in the first month.”