Tech giants still stumbling in the social world they made

The dark side of untrammelled discourse, the thinking went, would sort itself out as online communities moderated themselves. 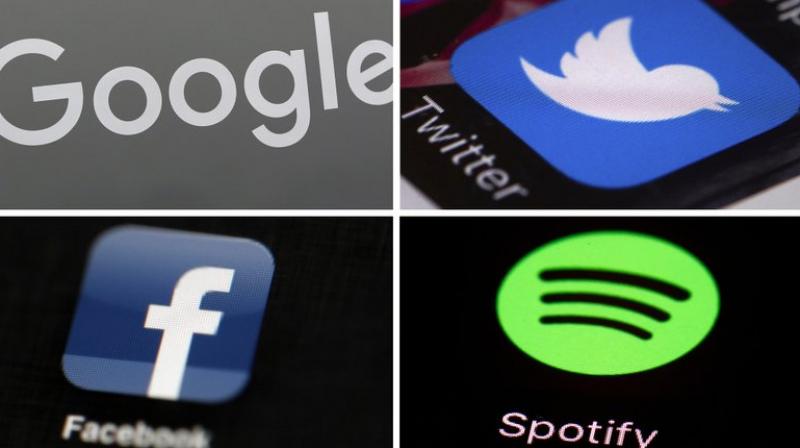 While the platforms may not have anticipated the influx of hate speech and meddling from foreign powers like Russia, North Korea and China, Bajarin said, they should have acted more quickly once they found it. (Photo: AP)

Who knew to connect the world could get so complicated? Perhaps some of technology’s brightest minds should have seen that coming.

Social media bans of conspiracy theorist Alex Jones have thrust Facebook, YouTube, Twitter and others into a role they never wanted — as gatekeepers of discourse on their platforms, deciding what should and shouldn’t be allowed and often anger almost everyone in the process. Jones, a right-wing provocateur, suddenly found himself banned from most major social platforms this week, after years in which he was free to use them to promulgate a variety of false claims.

Twitter, which one of its executives once called the “free speech wing of the free speech party,” remains a lonely holdout on Jones. The resulting backlash suggests that no matter what the tech companies do, “there is no way they can please everyone,” as Scott Shackelford, a business law and ethics professor at Indiana University, observed.

Facebook’s Mark Zuckerberg, Twitter’s Jack Dorsey and crew, and Google’s stewards of YouTube gave little thought to such consequences as they built their empires with lofty goals to connect the world and democratize discourse. At the time, they were the rebels aiming to bypass the stodgy old gatekeepers — newspaper editors, television programmers and other establishment types — and let people talk directly to one another.

“If you go back a decade or so, the whole idea of speech on social media was seen as highly positive light,” said Tim Cigelske, who teaches social media at Marquette University in Wisconsin. There was the Arab Spring. There were stories of gay, lesbian and transgender teens from small towns finding support online.

At the same time, of course, the companies were racing to build the largest audiences possible, slice and dice their user data and make big profits by turning that information into lucrative targeted advertisements.

The dark side of untrammelled discourse, the thinking went, would sort itself out as online communities moderated themselves, aided by fast-evolving computer algorithms and, eventually, artificial intelligence.

“They scaled, they built, they wanted to drive revenue as well as user base,” said technology analyst Tim Bajarin, president of consultancy Creative Strategies. “That was priority one and controlling content was priority two. It should have been the other way around.”

That all got dicier once the election of President Donald Trump focused new attention on fake news and organized misinformation campaigns — not to mention the fact that some of the people grabbing these new social-media megaphones were wild conspiracy theorists who falsely call mass shootings hoaxes, white nationalists who organize violent rallies and men who threaten women with rape and murder.

While the platforms may not have anticipated the influx of hate speech and meddling from foreign powers like Russia, North Korea and China, Bajarin said, they should have acted more quickly once they found it. “The fact is we’re dealing with a brave new world that they’ve allowed happening, and they need to take more control to keep it from spreading,” he said.

That’s easier said than done, of course. But it’s particularly difficult for huge tech companies to balance public goods such as free speech with the need to protect their users from harassment, abuse, fake news and manipulation. Especially given that their business models require them to alienate a few of their users as possible, lest they put the flood of advertising money at risk.

“Trying to piece together a framework for speech that works for everyone — and making sure we effectively enforce that framework — is challenging,” wrote Richard Allan, Facebook’s vice president of policy, in a blog post-Thursday. “Every policy we have is grounded in three core principles: giving people a voice, keeping people safe, and treating people equitably. The frustrations we hear about our policies — outside and internally as well — come from the inevitable tension between these three principles.”

Such tensions force some of the largest corporations in the world to decide, for instance, if banning the Nazis also means banning white nationalists — and to figure out how to tell them apart if not. Or whether kicking off Jones means they need to ban all purveyors of false conspiracy theories. Or whether racist comments should be allowed if they are posted, to make a point, by the people who received them.

“I don’t think the platforms in their heart of hearts would like to keep Alex Jones on,” said Nathaniel Persily, a professor at Stanford Law School. “But it’s difficult to come up with a principle to say why Alex Jones and not others would be removed.”

While most companies have policies against “hate speech,” defining what constitutes hate speech can be difficult, he added. Even governments have trouble with it. One country’s free speech is another country’s hate speech, punishable by jail time.

Facebook, Twitter, Google, Reddit and others face these questions millions of times a day, as human moderators and algorithms decide which posts, which people, which photos or videos to allow, to kick off or simply make less visible and harder to find. If they allow too much harmful content, they risk losing users and advertisers. If they go too far and remove too much, they face charges of censorship and ideological bias.

“My sense is that they are throwing everything at the wall and seeing what sticks,” Persily said. “It’s a whack-a-mole problem. It’s not the same threats that are continuing, and they have to be nimble enough to deal with new problems.”