Technology   In Other news  11 Apr 2017  UC News registers 100 Million Active Users in India and Indonesia
Technology, In Other news

With over 100 million MAUs, UCWeb envisions itself as powerful as Google and Facebook. 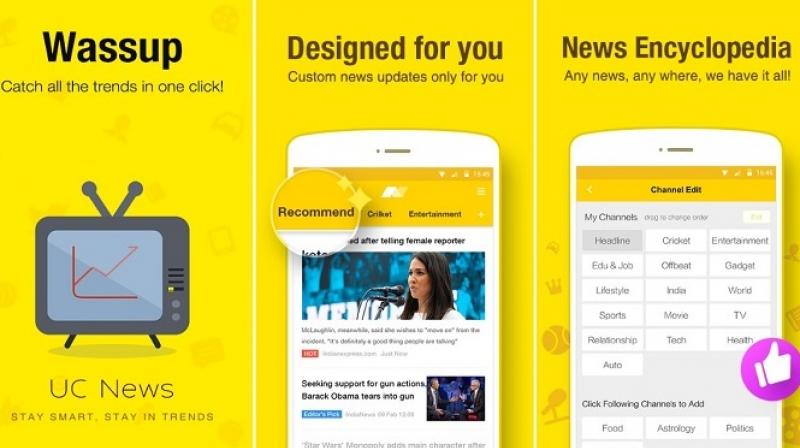 Talking on the latest milestone, Jack Huang, President-Overseas Business, Alibaba Mobile Business Group, said “We are experiencing a fast rise in the average time spent on UC News. As of this quarter, an average user spends over 23 minutes on UC News. Users are embracing diverse digital content and their appetite for such content is being met by UC News. Going forward, we are also targeting more diversified and localised content on our platform by end of 2017 to make the local content ecosystem stronger. With over 100 million MAUs, UCWeb envisions itself as powerful as Google and Facebook and aims to bring the global mobile internet to an era of ‘GUF’ (Google, UCWeb and Facebook).”

UC News recently announced The We-Media Reward Plan 2.0 for self-publishers, bloggers & independent writers with an initial investment of 50 Million INR. UCWeb is investing 2 Billion INR for driving content distribution in India over the next 2 years. With the changing mobile internet landscape, UCWeb has adopted a strategy of becoming a content distribution platform from being a browsing tool by engaging and aggregating diverse form of content on its platforms – UC Browser and UC News. UC Browser is now the preferred option for mobile browsing and an ideal platform for accessing different kinds of content.

In a recently released report, UC Browser has achieved the highest browser market share in India, according to leading web analytics firm StatCounter. UC Browser is now the most popular browser in India in terms of internet usage across all platforms combined (Mobile, Desktop, Tablet, Console) with a market share at 43.31 per cent followed by Chrome at 36.07 per cent and Opera at 8.34 per cent. UC Browser is also the dominant browser for mobile internet in India with over 100 mn Monthly Active Users (as of Sept 2016).

Indians are amongst the world leaders in terms of internet usage on mobile phones. According to StatCounter, internet usage in India by desktop and tablet fell from 33.2 per cent in January 2016 to 21 per cent this year. Mobile internet usage jumped from 66.8 per cent to 79 per cent over the same time period.