The CAV is powered by an environmentally-friendly electric propulsion system and can carry up to 500 pounds. 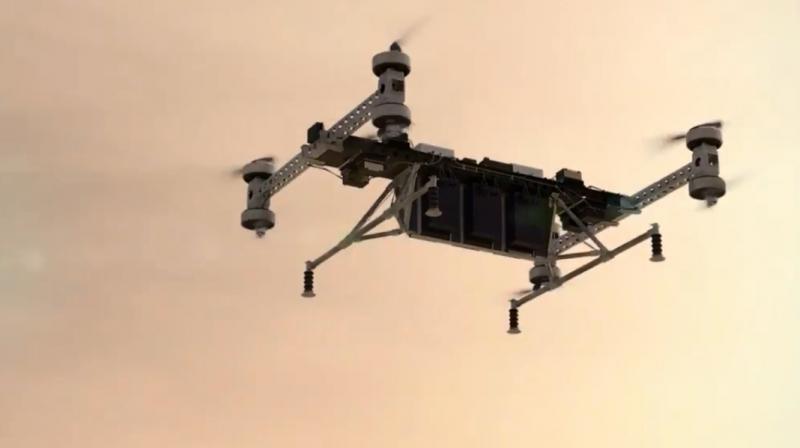 The CAV was designed and built in just three months. (Photo: Boeing)

Boeing on Wednesday unveiled a prototype for an unmanned electric vertical-takeoff-and-landing cargo air vehicle (CAV) that the planemaker said will be used to test it’s autonomous technology.

The CAV, designed and built in less than three months, is powered by an environmentally-friendly electric propulsion system and can carry up to 500 pounds, Boeing said. “Our new CAV prototype ... presents new possibilities for autonomous cargo delivery, logistics and other transportation applications,” said Steve Nordlund, vice president of Boeing HorizonX, the unit that developed the CAV.

Chicago-based Boeing’s development of the environmentally-friendly electric propulsion system comes as the race intensifies to advance battery technology and electric motors to lower flying costs and move away from fossil fuels.

Airbus, Rolls-Royce and Siemens came together in November to develop a hybrid electric engine, with Airbus responsible for the control architecture of the propulsion system and batteries.

In October, a Seattle-area startup — backed by the venture capital arms of Boeing and JetBlue Airways — announced plans to bring a small hybrid-electric commuter aircraft to market by 2022.