Have you ever wondered that using your smartphone maybe making you loose out on a lot? 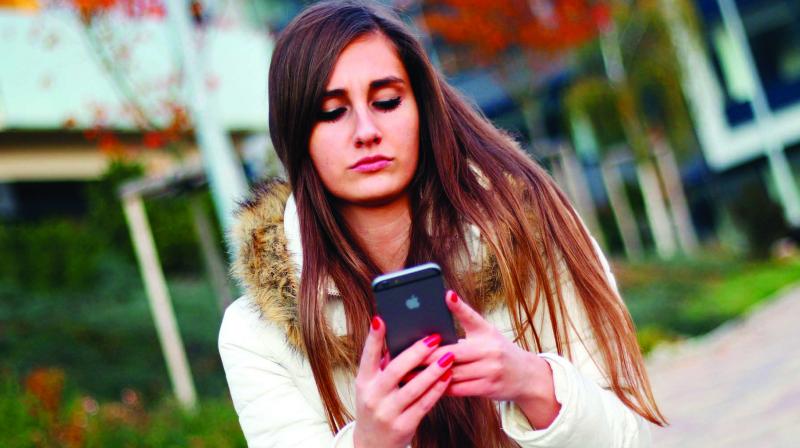 The addiction and dependence on smartphones is getting the better of us. (Representational Image. Source: Pixabay)

Smart devices had made their way into the market almost a decade ago with a promise of ‘revolutionising’ our lives and giving us a ‘smarter’ edge over things. Even though devices like smartphones have made our lives easier as messages, calls and the internet are only a click away. But studies in the subsequent years about the usage of smartphones have proved otherwise as many of them have stated that they are more of a digital distraction that is damaging our minds. These phones have had a lasting impact on us by reshaping the way we think and interact.

A growing body of research by psychiatrists, neuroscientists, marketers and public health experts indicate that smartphones are causing real damage to our minds and relationships, measurable in seconds shaved off the average attention span, reduced brain power, declines in work-life balance and hours less of family time. And might have dented our ability to be creative and remember things.

In fact, they make us more vulnerable to anxiety. The level of addiction is ever increasing and the relationships and the understanding of the elemental role in the current setting are lost. According to a survey, the proportion of Americans who said internet use interfered with their family time shot up from 11 per cent to 28 per cent.
Even though the addiction and dependence on smartphones is getting the better of us, the users are beginning to realise the downside of the device.
In 2017, ex-employees of Google, Apple and Facebook, had raised an alarm about smartphones and social media apps and their effects on children. And recently,  prominent Apple investors have also asked the company to work towards and provide solutions for youth addiction to iPhone.

Sean Parker, ex-president of Facebook has also reportedly admitted that the social media platform was designed to hook users with spurts of dopamine, a complicated neurotransmitter released when the brain gets fresh knowledge. He said, "You're exploiting the vulnerability in human psychology. The inventors understood this, consciously, and we did it anyway. The short-term, dopamine-driven feedback loops that we have created are destroying how society works. It is eroding the core foundations of how people behave."

Many users have also gone on to argue that the distraction by smartphones have hampered their productivity and also made them unhealthy. According to a study by British psychologists in 2015, an average user looks at their phones about 150 times a day. The business model of the devices seem to ensure that we are constantly checking different sites, pages and apps, so that they can earn profits which in turn ensure us loosing out on our personal lives, creativity, health and even sleep.
While there are a lot of glaring flaws which seem to be damaging us severely, we need to find a mid-ground to balance technology and a human mind.