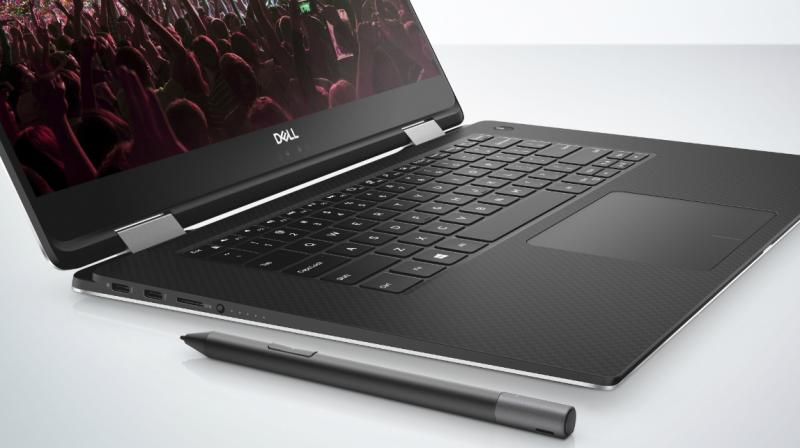 Whenever someone defines an ultrabook, Dell’s XPS range of laptops comes to the mind immediately. The laptop’s narrow-bezel display makes it one of the most recognisable laptops in the world after Apple’s MacBook. Dell has now unveiled an updated version of the XPS 13 and 15 at the CES 2081 with upgraded specifications, but what hogs the attention is its unique Maglev keyboard.

The Maglev keyboard will be exclusive to the 15-inch Dell XPS model. The keyboard mechanism is similar to the Maglev trains at various airports. The keys are held together physically but they ‘float’ magnetically. The Maglev keys are based on a magnetic levitation system, which Dell claims to provide a more satisfying feel while reducing the thickness of the laptop. The computer can vary the amount of feedback by altering the magnetic force on a particular key according to the requirement. Therefore, even with a very small key travel of 0.7mm, users should be able to type comfortably for extended sessions.

Apart from the futuristic keyboard, the new XPS models also feature Intel and AMD’s new chipsets that claim to offer more graphical performance than NVIDIA’s discrete GTX 1050 card. Buyers will also have the option to opt for a 4K UHD display for the 15-inch model. The new XPS lineup can also be charged via USB C ports.