Technology   In Other news  10 Jan 2018  CES 2018: Dell shows off new iOS-like sync app for PCs and smartphones
Technology, In Other news

The Mobile Connect app will allow you to sync call and message notifications as well as mirror apps on your PC. 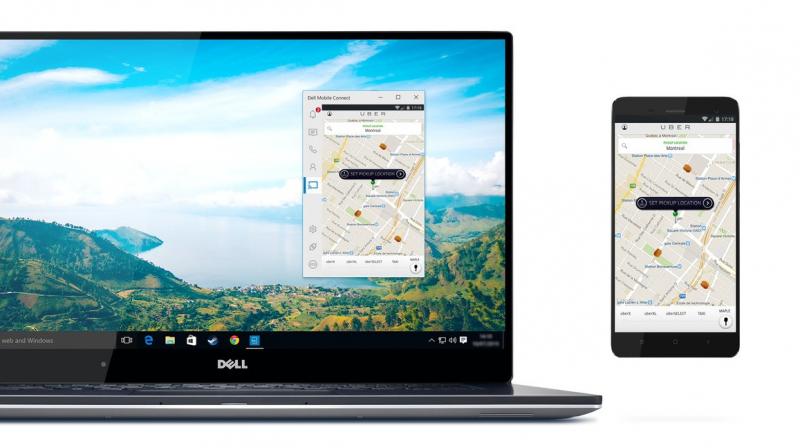 Dell even claims that they will be able to provide these services to restricted iOS platform.

Microsoft is trying hard to push for a connected ecosystem of computers and smartphones, regardless of OS they run. However, it might take ages to achieve a kind of continuity similar to Apple. Dell has also been trying to push improved integration amongst its devices, which is why they have shown off a new app at the CES that syncs notifications and certain functions between their Windows laptops and both Android as well as iOS smartphones.

Called the Mobile Connect app, it basically pushes notifications from a user’s smartphone to a laptop and even mirrors some of the apps on the display. Not only does it display notifications, it even allows you to interact with them, such as accept or reject calls and even control apps on your smartphone. As reported by The Verge, the app can mirror a smartphone’s screen on to a PC and allow them to interact with it. They tried to book a cab through the UBER app, which reportedly worked fine.

Eager readers and Windows enthusiasts will take note that Microsoft’s Cortana also offers similar features on Android and iOS, provided both the devices have Cortana installed. However, Dell’s app takes it to the next level with live call notifications and mirroring for Android. Dell even claims that they will be able to provide these services to restricted iOS platform, which could become one of the USP’s for the brand’s laptops.