'You are entering a non-smoking car’ 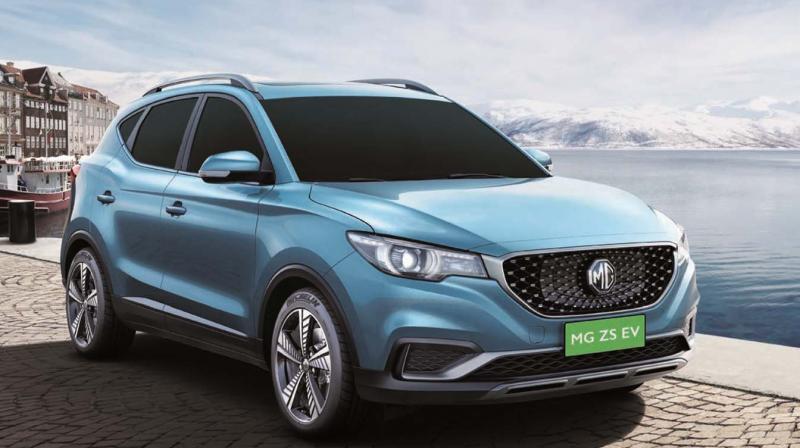 The country's first internet-powered electric vehicle comes all the way from UK, with special embellishments to suit Indian driving habits.

No, not Tesla. Not even one of India's own home-grown car manufacturers. The country's first internet-powered electric vehicle comes all the way from UK, with special embellishments to suit Indian driving habits.

When Morris Garages recently announced its Indian presence with the MG Hector, we should have guessed that the country's first electric vehicle was waiting in the wings. While the MG Hector was touted as an Internet car, where its entire dashboard is controlled virtually, its new launch takes the technology under-the-hood. The company recently became the first car manufacturer to open in Bangalore, a car showroom with no car on display. The virtual showroom displays the brand's emphasis on technology taking precedence over the actual driving experience. Within months of its arrival in India, MG has launched the ZS EV, hoping to spark a whole new trend in Indian mobility, that of electric vehicles.

With the ZS EV, MG incorporates tech into the three most important aspects of an electric car -- the battery, the electric motor, and the power module. Furthermore, it integrates the motor with the power module to create a virtual electric drive system, which is able to generate 44.5 kilowatts of energy to power the vehicle. Of course, for a fuel-less car, the battery is pretty much the central processing unit, and MG claims that the battery management module of the ZS EV contains 108 cells, each churning out 110Ah of power. This in turn is able to provide drive time of up to 340Kms on a single charge --on paper. It is also able to rev up to 100KMPH in less than 9 seconds.

As a consumer, the move from a traditional fuel-driven car or even a hybrid car would be a massive one, and the most obvious concern would be that of a robust and accessible charging network across a diverse country like India. MG promises a five-pronged charging infrastructure. Besides an on-board cable that lets you charge from any regular power point, the ZS EV also comes with an AC fast charger for charging at homes and offices. This charger is a small wall unit which resembles your vacuum cleaner, and claims to fully charge the vehicle overnight, ie, in around 8 hours. Additionally, MG plans to have bigger, more efficient chargers at its dealership offices that would charge the car to 80 per cent in less than an hour, putting smartphone chargers to shame! The company is also planning vehicle-to-vehicle charging for highway contingencies.

As is the MG way of creating cars, the company has tied up with global technology companies ranging from Infineon to Delta to Microsoft to Cisco. Each of these have a role of play either in the core functioning or the iSMART EV 2.0 interactive SIM-enabled dashboard, which comes with a 6 core processor, an in-built voice assistant with a range of offerings from Gaana music, Tom Tom maps, cloud storage from MS Azure, Accuweather updates and more.

The MG ZS EV might be the first time Indian car enthusiasts are getting to drive a premium electric vehicle in the country. Hopefully, many more brands, big and small, will hop on to the bandwagon and help transform the country's mobility landscape.