Technology   In Other news  09 Sep 2019  Man with superhero reflexes catches iPhone X in mid-air on 80-mph rollercoaster
Technology, In Other news

The video has gone viral and bravo my fellow human! Bravo! 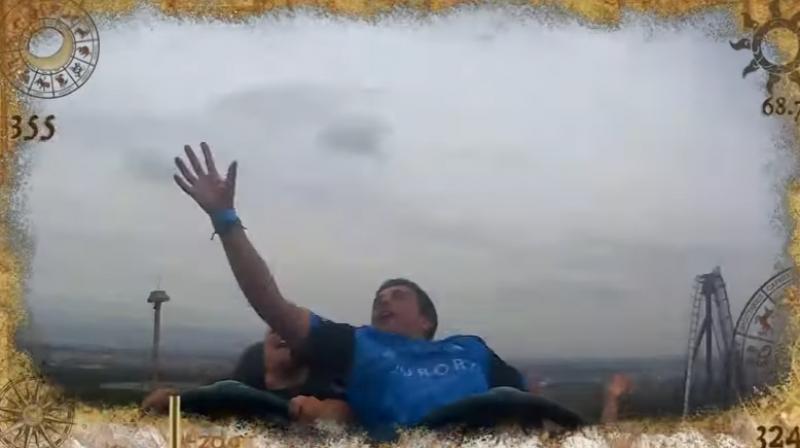 This exciting and unbelievable moment was captured in a now-viral video.

Our smartphones have become a part of our daily lives and that’s a given. We have them on hand practically the entire day and even when we are asleep, we have it at arm’s length in order to quickly access it for whatever reason. For some brave souls out there, the same appears to be true even while engaging in outdoor adventures. Such is the case with a certain individual who rode the Shambhala rollercoaster last month at PortAventura World theme park in Catalonia, Spain.

During his adventurous time on the rollercoaster, he somehow manages to lose control of his iPhone X which goes hurling through the air. That is until, a fellow passenger behind him, with superhuman reflexes, stopped his enjoyment at how great the ride was by reaching over his partner to grab the phone. This exciting and unbelievable moment was captured in a now-viral video that you can see below.

This incredible feat happens around the 20-second mark with the super-heroic feat performed by Samuel Kempf, who is from New Zealand and he can be seen spotting the iPhone in freefall and reaching over to pluck it out of thin air. After that, you can see him dramatically enjoying himself in victorious gestures. He then starts swinging his hands so rapidly, because of the feat he achieved, but by doing this, it looked like he was going to drop it, which is actually worse than not catching it in the first place. He managed to hang on to it though.