The one-page registration form requires details like the name, address, photograph, phone number and Aadhaar number of the admins. 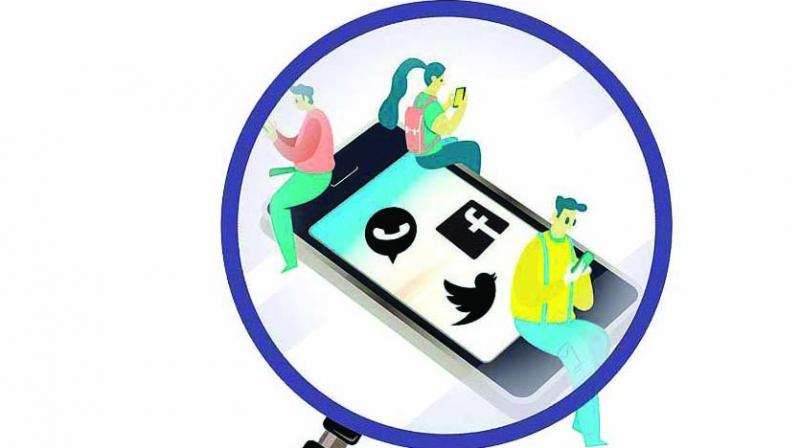 Department office and those who fail to comply with the rules are to face legal consequences under the IT Act.

It’s a blow to the freedom of the press. Authorities in Uttar Pradesh's Lalitpur district have issued a bizarre diktat asking journalists to furnish details of the Whatsapp groups they are part of.

The order signed by district magistrate Manvendra Singh and Superintendent of Police O.P. Singh last week ask them to submit registration forms at the Information Department office and those who fail to comply with the rules are to face legal consequences under the IT Act.

The one-page registration form requires details like the name, address, photograph, phone number and Aadhaar number of the admins. Furthermore, the order instructs local police stations to check whether the group admin has criminal records.

But why are journalists coming under so much scrutiny? These actions are believed to be part of a move to ensure no religious or political messages that could disturb communal harmony are being circulated. Apparently, it also aims to bust the ‘lobby of fake journalists who are trying to take advantage of such groups’.

As expected, the move has been criticised by various journalist unions who accuse the government of attempting to bring scribes under its control instead of taking down rumour-mongers and hatred campaigners. Here’s what journalists, police officials and legal experts have to say about the controversial advisory.

The media has always been a very powerful medium to influence people, be it in a good way or a bad way. And in recent times we have seen how social media platforms are irresponsibly being used by certain groups of people to spoil the fabric of society. Until and unless there is no legal consequence for such acts, they will certainly become difficult to curb. What we forget is that freedom of speech and expression is subject to certain reasonable restrictions and that in the present case, the said order has been passed keeping in mind public interest at large and the welfare of society. However, the government must ensure that it doesn’t hamper the freedom and independence of the press, which is the fourth pillar of democracy. And in order to curb the circulation and propagation of fake news, Section 79 of the I-T Act, 2000 has to be strengthened to make sure that people don't misuse social media platforms for their vested interests.

The move is a blatant attempt by the government to stifle media freedom. At a time like this, when any narrative of dissent is painted as anti-national, such attempts should not be allowed to sustain.

It's up to the journalists themselves to ensure that the freedom of the fourth estate is sustained if India should continue to remain a democracy more than just on paper.

Not an absolute right

In my opinion, the right to freedom of speech and expression is guaranteed to all citizens as per the Constitution of India. However, as per the Constitution, this right is also not absolute as nothing prevents the State from making any law inter alia in the interests of the sovereignty and integrity of India, the security of the State, public order, decency or morality or in relation to defamation or incitement to an offence.

Erosion of right to free speech

In the last few years, regional administrative bodies have gained immense confidence to harass journalists in whatever way they deem necessary and stop them from doing their jobs. This directive is just another sign of slow erosion of the right to free speech and expression that has been happening over the last four years to defamation or incitement to an offence.

Judiciary must step in

Even the apex court of our country has appro ved that Right to Privacy is a mandatory one that every citizen of our country should get and any sort of intervention in this regard, be it from the police or judiciary, cannot be tolerated. It is a person's personal choice as to how many persons he/she must chat with on Whatsapp or the number of groups he/she is a member or an admin of. I would like to see this as a regulation that only a handful of people have tried to impose. So if I am asked to fill any form or for that matter, if they believe that I am a troublemaker and am asked to show them my chat history, I would directly say that I am not liable to do anything against the rights I have been bestowed with. This is an absurd order and I hope the judiciary takes the responsibility for making these people understand the same.

Can this government be more irrational? It seems that the government is actively working to dilute the freedom of expression of independent media. You just cannot issue any absurd order in the name of maintaining the law.

Of course, fake news and rumours have now become a serious problem and there is an urgent need to tackle it efficiently but I'm not able to understand how the collection of information of Whatsapp groups of media persons could intercept this. I believe the only way to curb this problem is through internet surveillance and competent cyber policing. This order is nothing less than a direct breach of privacy and expression of an individual. I relate this to a recent bizarre order of the Rajasthan government wherein it suspended the internet facility of the entire state to prevent cheating in government exams. SLOW CLAPS!