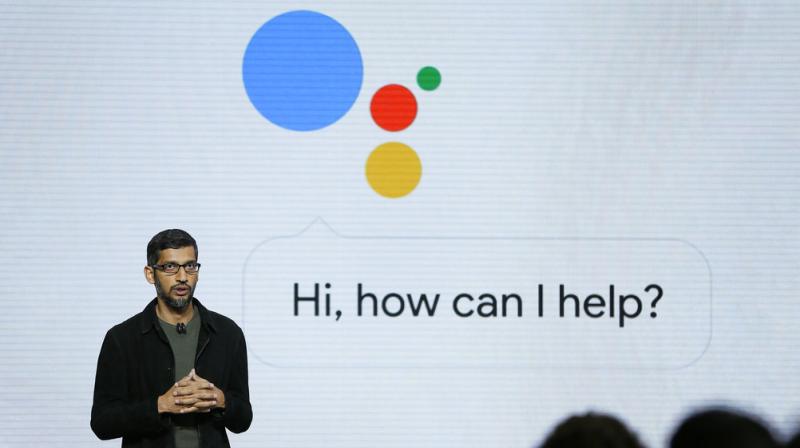 Google CEO Sundar Pichai has written to IT Minister Ravi Shankar Prasad saying such a step will encourage global companies to contribute to India's digital economy as well as benefit Indian startups that are looking at expanding globally. (Representational image/Photo:AP)

Batting for a free flow of data across borders, Google CEO Sundar Pichai has written to IT Minister Ravi Shankar Prasad saying such a step will encourage global companies to contribute to India's digital economy as well as benefit Indian startups that are looking at expanding globally.

In a letter dated September 5, Pichai said Google shares the vision of creating a truly 'Digital India' and that the company remains firmly committed to being part of India's growth story. He also thanked Prasad for his visit to Google's Mountain View campus last month.

"Free flow of data across borders - with a focus on user privacy and security - will encourage startups to innovate and expand globally and encourage global companies to contribute to India's digital economy," he said. He further said the company's team in India will be in touch with his office to follow up on some of the specific topics that were discussed during their meeting.

Google did not respond to e-mailed queries on the matter. The development comes at a time when the government is working on a data protection framework for the country.

In July, a high-level panel headed by Justice B N Srikrishna had submitted its recommendations and the draft bill on data protection to Prasad. It had suggested steps for safeguarding personal information, defining obligations of data processors as also rights of individuals, and mooting penalties for violation. The government has sought public feedback on the contours of the draft Bill by September 30.

The areas covered by the recommendations include consent, what comprises personal data including sensitive personal data, exceptions which can be granted, grounds for processing data, storage restrictions for personal data, individual rights and right to be forgotten. It also imposes conditions on the cross-border transfer of personal data.

The recommendations, which will have an impact across sectors especially healthcare and financial services, have met with criticism from various quarters.

Recently, industry body Internet and Mobile Association of India (IAMAI) had expressed concern around the bill, saying certain clauses around data localisation and information processing are "restrictive" and will hurt Indian startups. It had also warned that other countries, where Indian startups are expanding to, may retaliate by demanding reciprocal data localisation.