Technology   In Other news  09 Jul 2019  Honouring demand for good quality content in India with Limelight Networks
Technology, In Other news 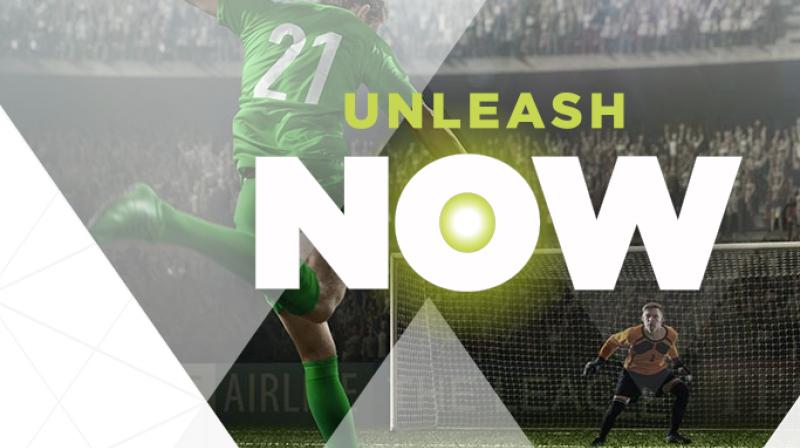 Circulating between 40-80 petabytes of data daily from more than 100 PoPs globally accompanied by direct connections with over 1000 ISPs, the global CDN provider is determined to focus on the regional aspects of their services now in India.

Content itself is something what the user derives value from. Users ranging from pre-schoolers to adults and old — everyone has a different approach for the type of content they want to consume and Limelight Networks hold the responsibility of bestowing so. The powerhouse behind the floating content we all consume, be it in the form of VOD, short form-long form, live streaming or eSports and gaming, the Content Delivery Network (CDN) service provider very evidently knows all the ins and outs of the industry making them the gaffers and head honchos of the content agora.

Circulating between 40-80 petabytes of data daily from more than 100 PoPs globally accompanied by direct connections with over 1000 ISPs, the global CDN provider is determined to focus on the regional aspects of their services now in India. Vice President of Product Strategy at Limelight Networks, Steve Miller Jones says, “We optimise the TCP stack so that in a country like India with so many different types of networks, our TCP stack can adjust itself on demand to suit the needs of each individual network to help in delivering high-quality content, for someone in a remote city with a less good quality smartphone and a less good quality connection, it’s still important that they get a good experience, so our focus on software is how we ensure the possibility of it.”

Backtracking 4 years or so, is when the Government of India decided to kick-off the “Digital India” campaign and since then improved online infrastructures, increased internet connectivity has spiked the demand for content. Mr Miller Jones says, at Limelight they have understood the kind of demand the country is asking for and he explains that they are prepared for whatever comes their way, “In India in particular, you might have the same content but you may want different subtitles for the content, different language support, there might be some different distribution needs here, being able to control the content, so things like purging, controlling geographical regional access, keeping content in the country even in the storage environment - we offer the storage service which helps do that, so controlling access to content is key.”

Mr Miller Jones points out that to keep up with changing trends in the country; Limelight conducts a ‘state of online video’ report every year where they survey people. Responsible for Limelight Networks in India is Mr Ashwin Rao who oversees the line of business as Director for their services in the country, he describes the Indian population as a ‘diverse crowd’ of which, “A big chunk of Indian population is hooked onto international content and then there’s a big chunk of Indian population who’s looking at local content,” as an autochthon, a local who understands his home town well, he explains the challenges they are working on here, “The very important thing that people need to understand that India is not about people watching content on a high-end Wi-Fi network while sitting in a Starbucks, 70 per cent of the consumers are sitting in some remote area, in a village, in a tier 2 or tier 3 city where you have nothing but BSNL and they are trying to watch the same content on their mobile devices which are not as advanced as an Apple or a high end Samsung device, so it’s the ability and potential  in our network to still deliver the content in broadcast quality that people get to watch on TVs and providing that into those remote areas with low bandwidth and high latency rate, we are still able to deliver on multiple types of devices, delivering to lower end devices, that’s the problem we are trying to solve in India.”

Content presently cuts a huge slice of the pie from every kind of market it’s involved in and given the status quo, it is future proof. Mr Miller Jones suggests that, IoT (Internet of Things) will be enormous and people will have more and more connected devices for content consumption, and video in all kinds will be the key driver in the course of time, in a future with IoT.

Emphasizing on ‘Realtime Live Streaming’ videos he says, “Covering a live event is going to be a driver in the future, it certainly involves people’s emotions, their passion, and in future, this will be an opportunity to capture people in their environment to work with them and live stream. Look at the Cricket World Cup going on now, the elections, the live news every day, live is a very significant part of VOD content and quality and latency is very critical, the more interactive your experience the better it is.”

Miller Jones also believes that Augmented Reality (AR) will be combined with VOD content in the future, like being in the stands of a live basketball game from the comforts of your living room sofa, the day isn’t far away.

While on the other hand, Mr Rao states how long India has been at the helm for gaming, the country gamers have witnessed the PS2’s, the PS3’s and the Xbox’s since the early days and he highlights the fact, how Limelight are already delivering in the eSports department of content, with all the PUBG and Fortnite’s happening, a flawless network connection is required for all the gaming to happen. Limelight who also distributes software and firmware updates and game updates also work to deliver a seamless experience for gamers. Reciting the CDN’s part, “Now gaming demands a high-quality network and it not only needs to be high quality it needs to be on that level for a long amount of time and period because gamers easily spend 4-5 hours at it. It is really important that you deliver a seamless experience across a length of time and that’s a problem which just an ISP can’t solve and that’s where we are held in with the gaming companies,” he says.