The auto major said there was no breach of data and it will restore full functionality of production, sales and development activities soon. 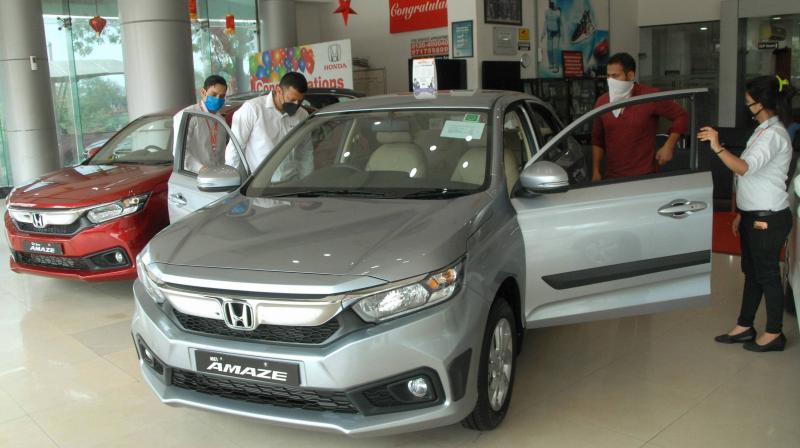 Like other carmakers, Honda has struggled to deal with the COVID-19 pandemic and the efforts to return to production. (Photo | PTI)

London: Japanese carmaker Honda said Tuesday that it has been hit by a cyber attack that disrupted its business in several countries, though it expects the overall impact to be contained.

The company said in a statement that “a cyber attack has taken place on the Honda network.” It said there was no breach of data, but that it is working to “minimize the impact and to restore full functionality of production, sales and development activities.”

“At this point, we see minimal business impact,” the company said.

Production in Japan is back to normal, after being disrupted Monday morning, and it is also expected to resume Tuesday in North America.

Production at Honda’s UK factory in Swindon has been suspended during the COVID-19 lockdown and the attack is not expected to significantly alter its plans to resume operations this week.

Honda Motor Co. makes its popular Civic model at the factory, 115 kilometres (70 miles) west of London, with an output of 150,000 cars per year. The plant will permanently close next year with the loss of 3,500 jobs amid a restructuring aimed at adjusting its operations to reflect stronger demand in Asia and North America.

Like other carmakers, Honda has struggled to deal with the COVID-19 pandemic and the efforts to return to production. It reported deep losses for the fiscal quarter that ended in March, as the damage to the industry from the outbreak hurt sales and crimped production.

The attack also comes as automakers face pressure to invest large amounts of money in new technologies such as electric and autonomous cars to meet air pollution limits in Europe and China and fend off competition from tech companies.